The current antagonist of the Living Story, Scarlet, seems to have a penchant for forming alliances. In this article I will explore her considered and successful alliances, explaining why they did or did not succeed, and suggesting some alliances of my own. 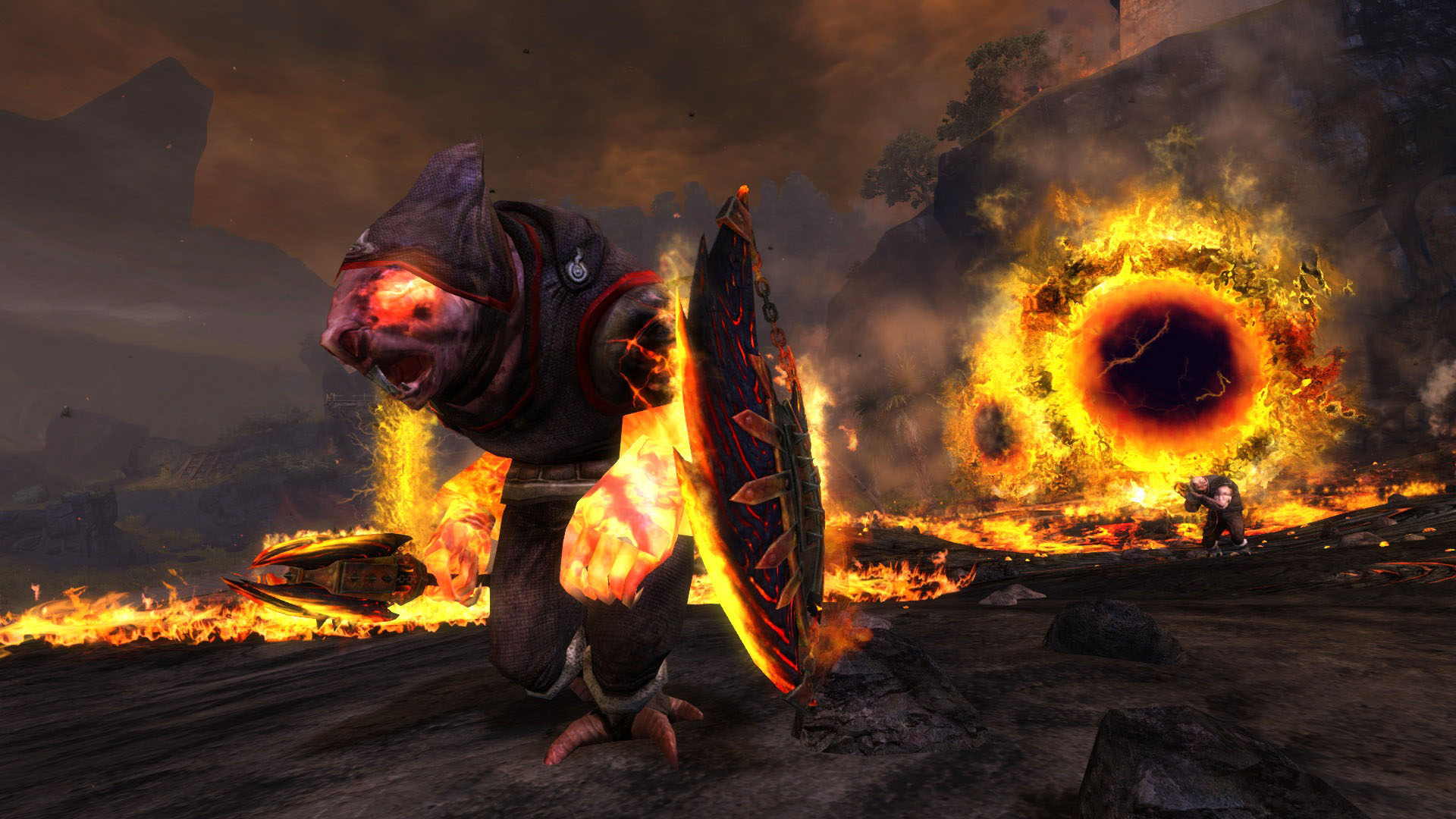 This joining of the Flame Legion and the Dredge has lead to mass evacuation of parts of Ascalon and the Shiverpeaks. The sonic abilities of the Dredge, and the pyromanical obsession of the Flame Legion has been one of the most successful joinings that Scarlet has ever come up with. The combined technologies of sound and flame resulted in amazingly strong weapons which almost prevailed. However, they were eventually defeated. They still exist, but in much fewer numbers. 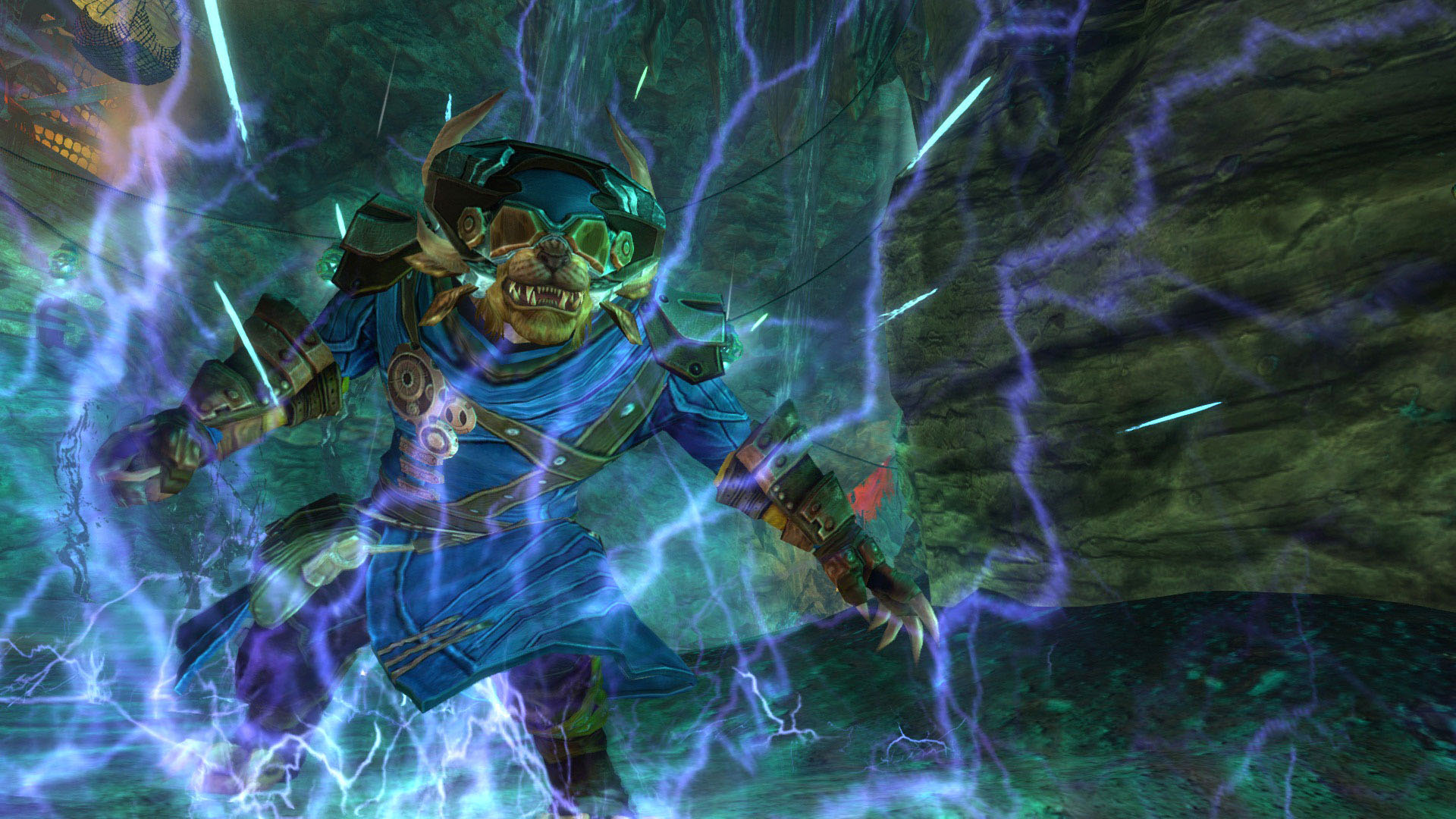 In contrast with the brute strength of the Molten Alliance, this group consisting of the Sky Pirates and the Inquest is by a long stretch, the most intelligent of Scarlet's alliances; first appearing to assassinate Captain Theo Ashford of the Captain's Council in Lion's Arch and replace him with Mai Trin, the Aetherblade leader. With large numbers based in a mountain located in Gendarran Fields and in a secret base near Lion's Arch, they were well posed to attack Lion's Arch. Now located mainly in their base in Gendarran Fields, they have slowly tried to regain power. They have recently allied with the Nightmare Court, with another secret base being located in the Twilight Arbor. 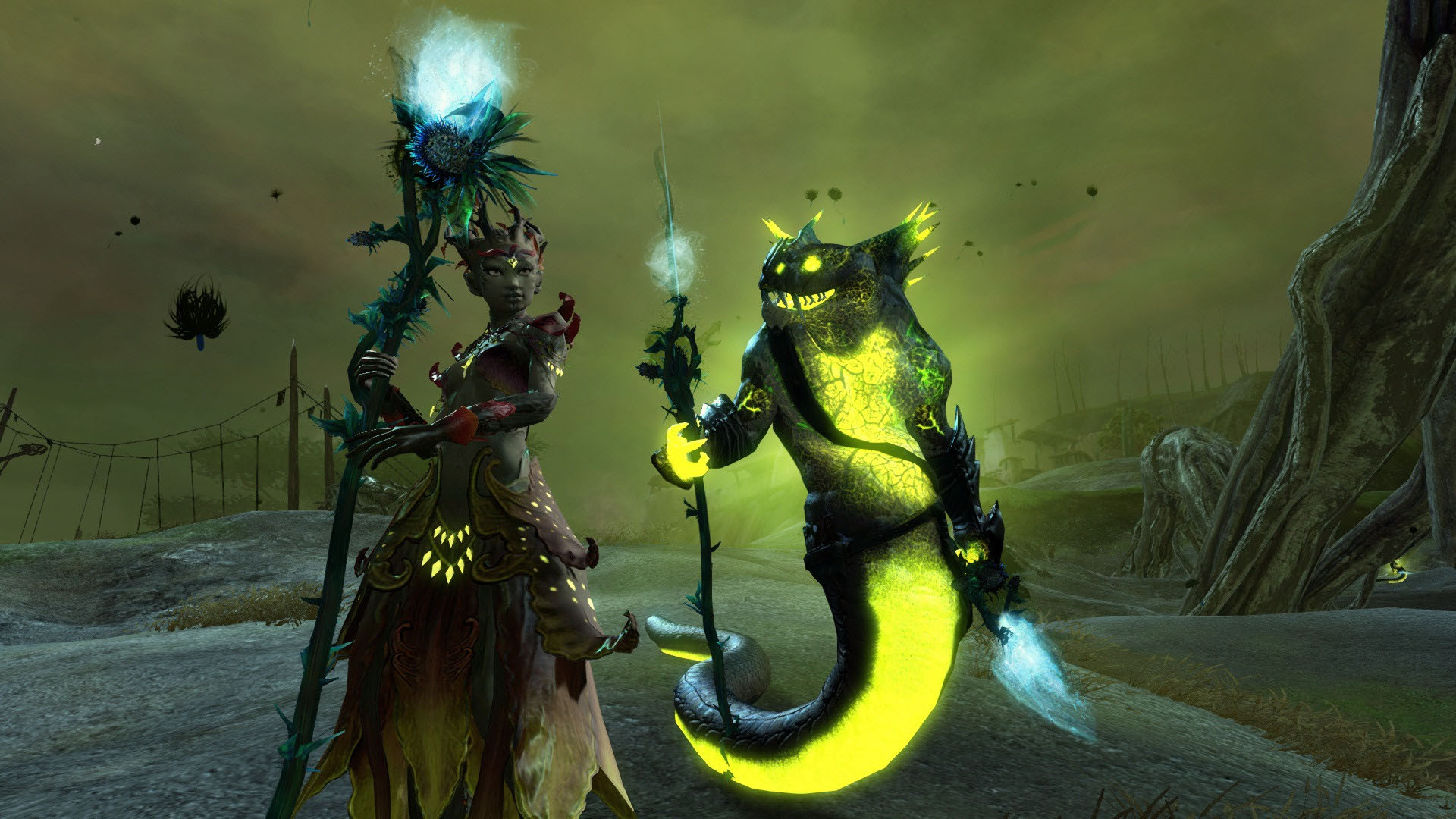 A joining of the freedom-seeking Nightmare Court and the prophecy-led Krait, this is one of the more surprising unions. The Nightmare Court despise the Pale Tree for it's control over the Sylvari, but the actions of the Krait are almost always in accordance with prophecy. Nevertheless, Scarlet managed to facilitate this alliance. Together, this Alliance built the Tower of Nightmares; a way for the Nightmare Court to spread toxins across Tyria, and for the Krait, a way to summon their prophets. The Tower was eventually destroyed, but the Alliance still exists in some corners of Tyria.

The Alliances in this section do not have names, so I have taken the liberty to come up with some. 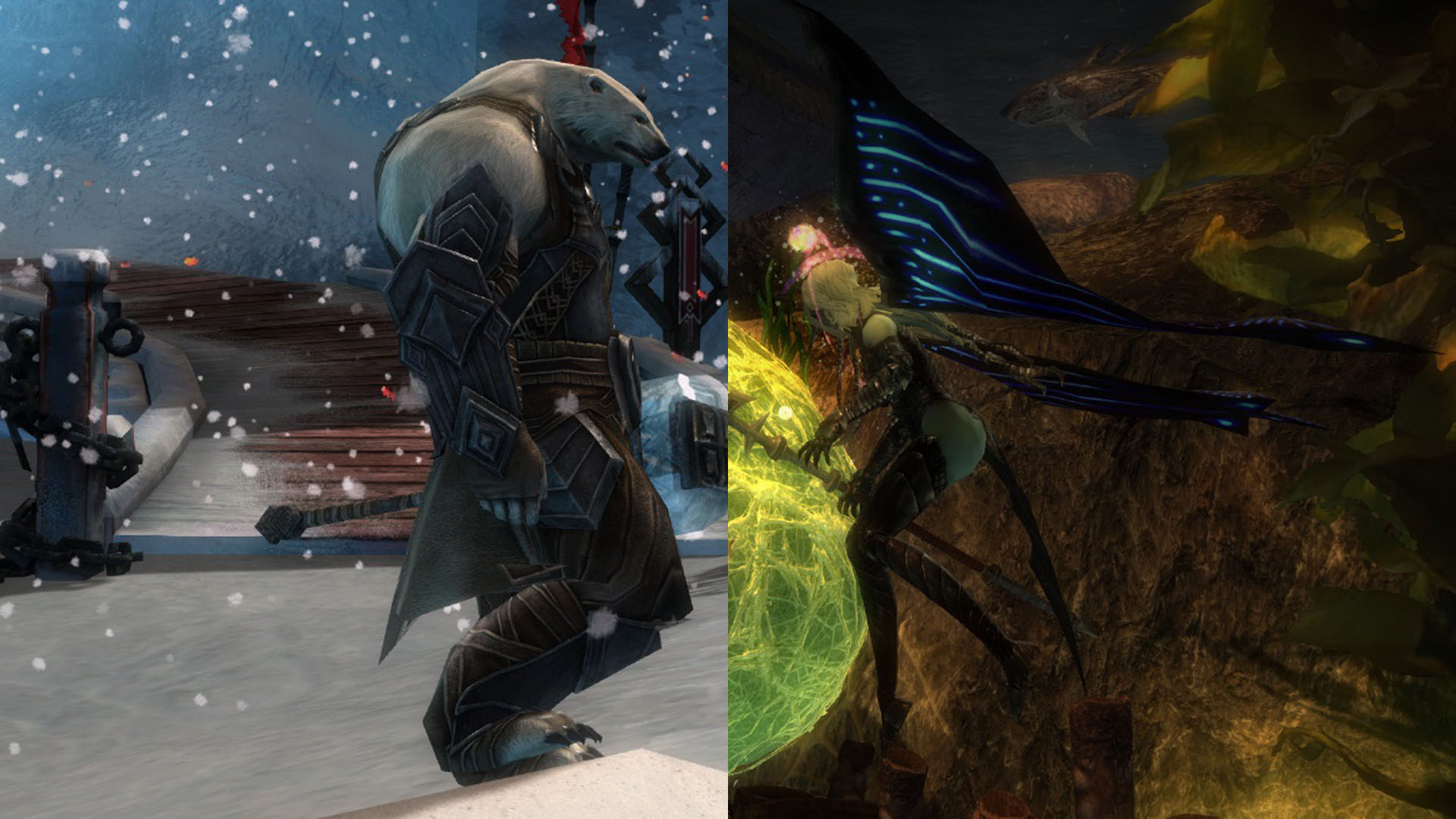 An alliance consisting of the Kodan and the Largos. There are a whole host of reasons this never came to being. The Largos, who mostly stay underwater and are often so stealthy they appear invisible, would never agree on ways to attack with the Kodan, who are much less stealthy than the Largos. The Largos rarely interact with other races, preferring to remain independent. The same can be said for the Kodan, who are more focused on escaping the ever-increasing influence of the Elder Dragon Jormag. 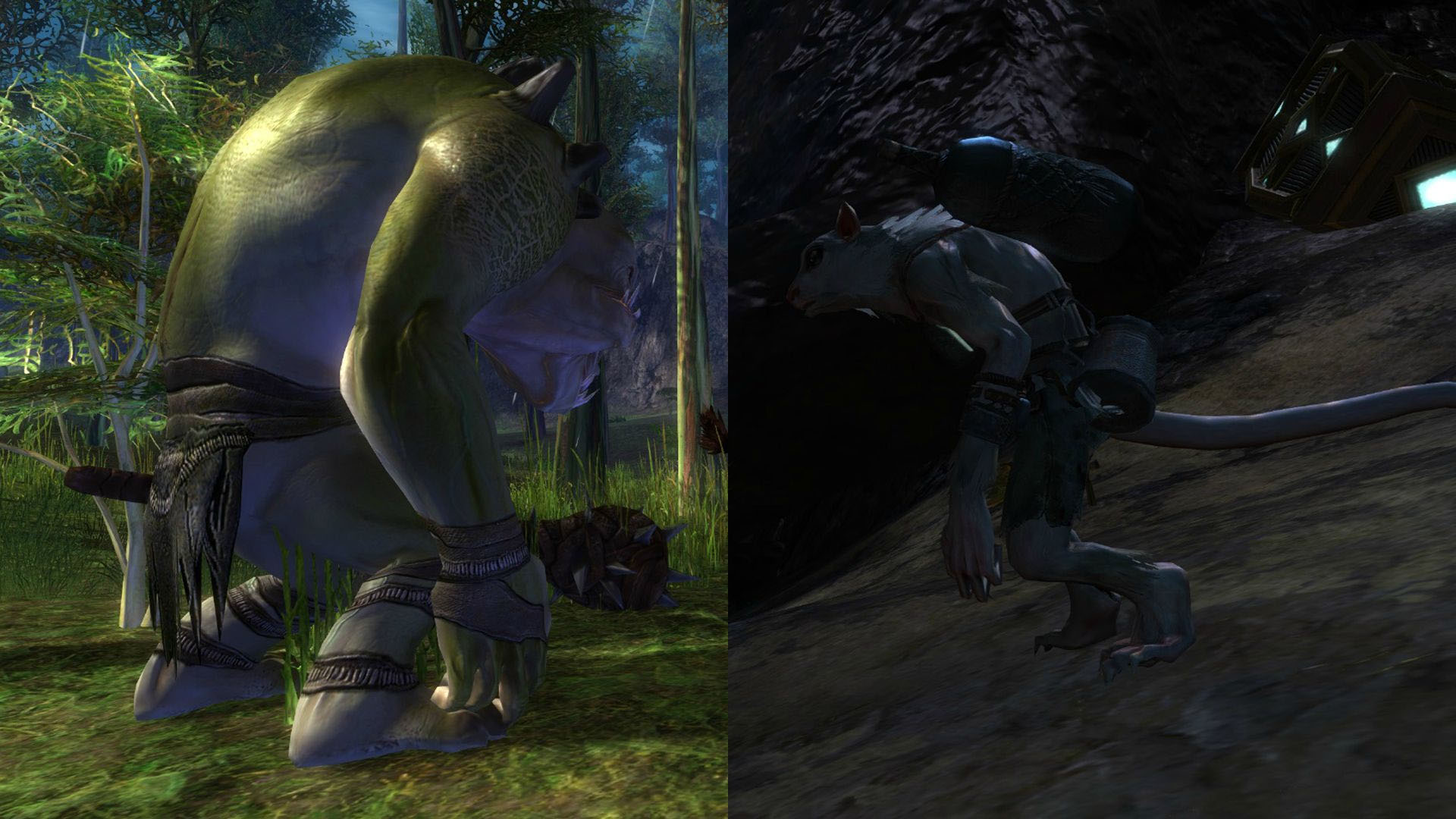 The Skritt are, as individuals, no cleverer than the Ettins. However, the moment you increase the population, their intelligence increases exponentially. In large numbers, Skritt have been known to create well-structured societies, and have exceeded more developed races in technology. The Skritt were as capable as the Norn, or Humans, before Primordus awoke. Now spread out, they rarely reach these levels of intelligence. On the other hand, the Ettins almost work the other way round. In large groups, they become less intelligent. However, they start off with low intelligence. Therefore, joining a large group of Skritt with a large group of Ettins, is like joining an amoeba with an Asuran Councillor. 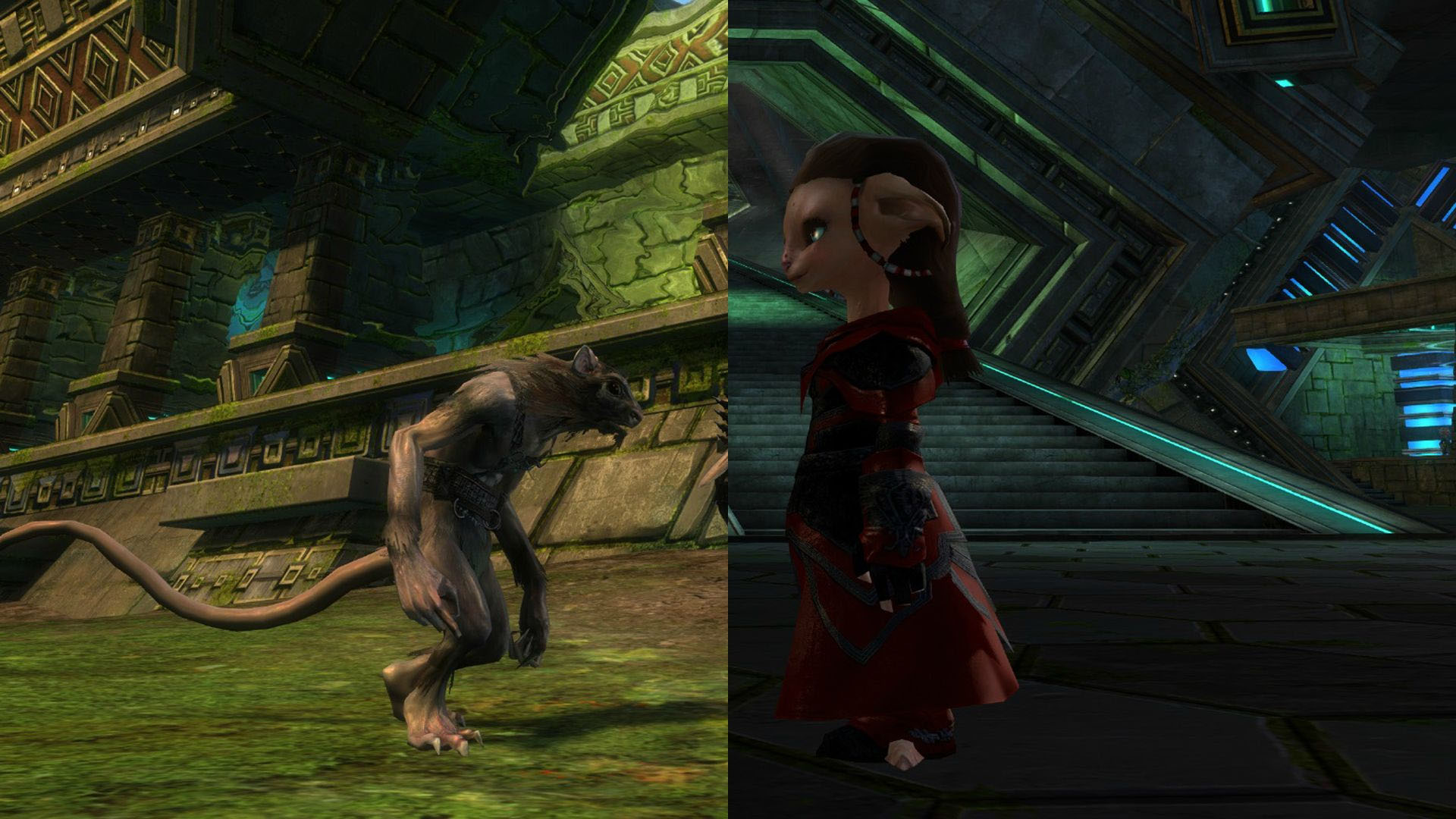 As mentioned previously, the Skritt can actually reach considerable levels of intelligence. Actually, there are cases of the Inquest doing work on the Skritt, and perhaps this work would lead to an alliance forming. The Inquest would provide weapons, and the Skritt would do the field work. However, being in much smaller groups could cause the Skritt to be unable to carry out complicated tasks. 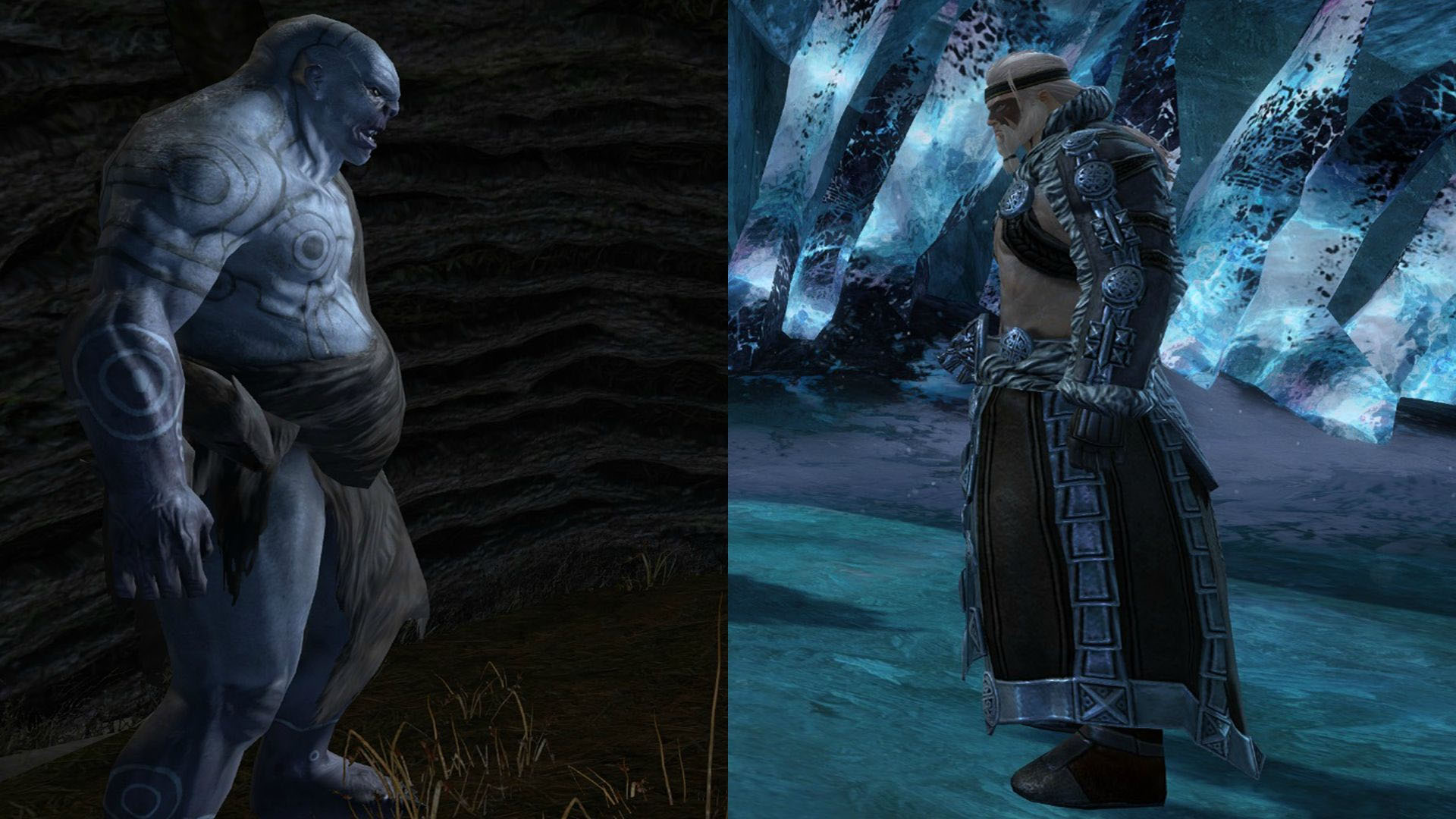 Throughout the Shiverpeaks, the Sons of Svanir have forced the Grawl into worshipping Jormag. Scarlet could have used this to her advantage in facilitating an alliance between the two. The Grawl who worship Jormag would welcome this, as it would 'bring them closer to Jormag', while the more intelligent Sons of Svanir could use this relationship as a way of getting what they wanted. This is the most plausible of my two suggestions, since it would only require a slight push from Scarlet to become a reality.