Lion's Arch: Before and After
LORE
Written by Darryshan

Scarlet has done it. All her previous invasions were merely practice sessions for the big attack. Lion's Arch has been destroyed. This article explores Lion's Arch both before and after the update, and shows you how it has changed in different areas. 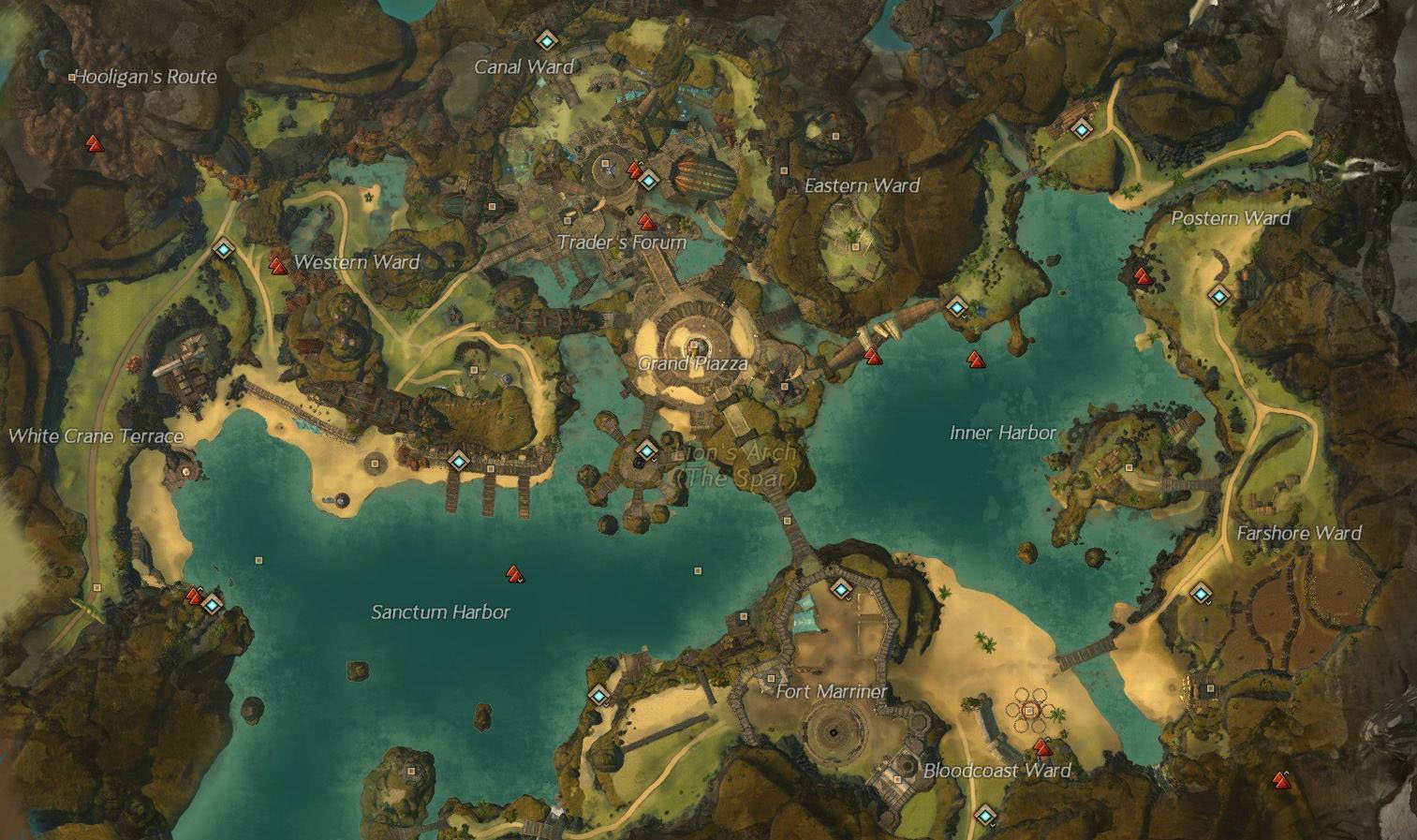 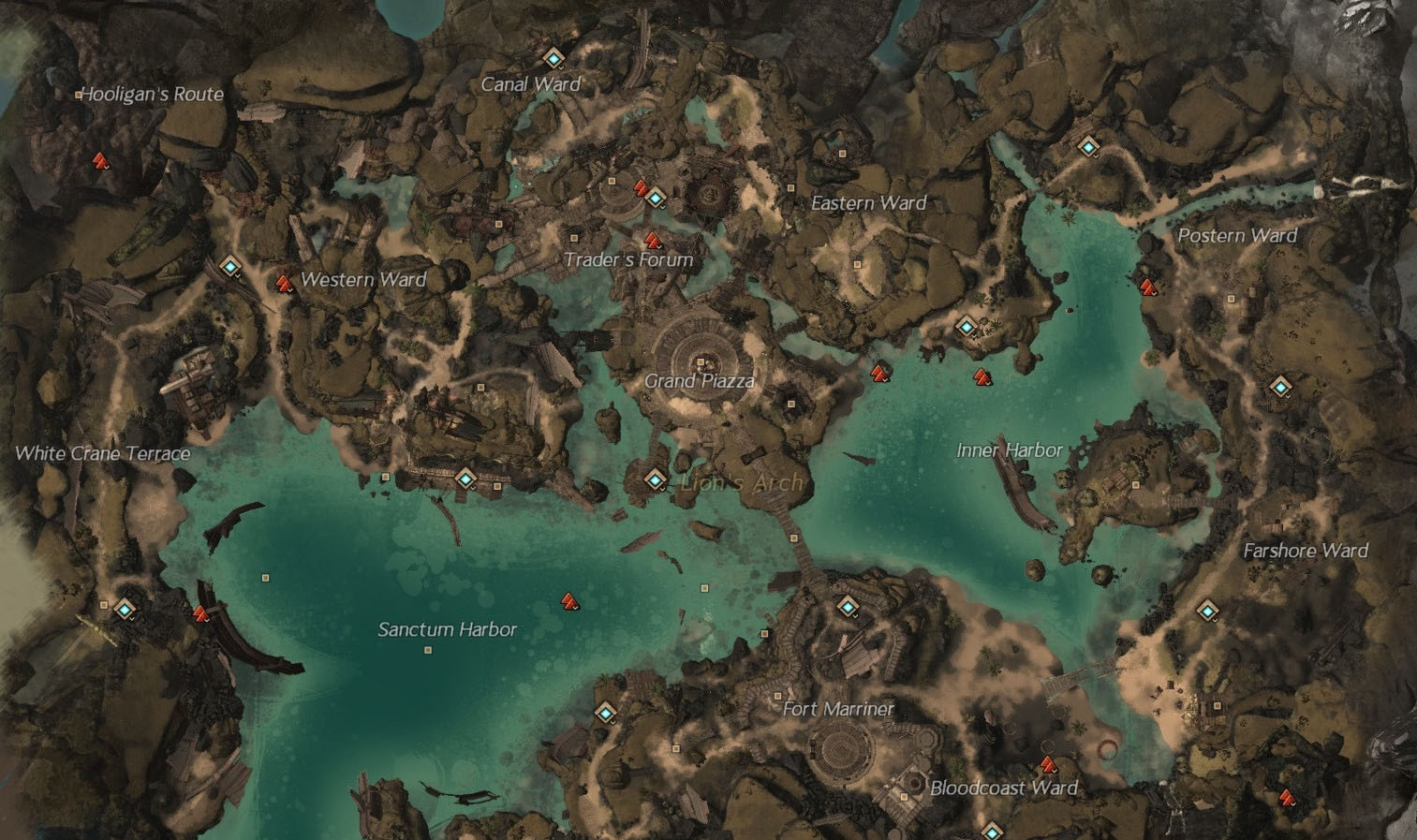 Lion's Arch's new map shows the extent of the destruction, caused by Scarlet's assault. The miasma that threatend the city during the attack has been blow away towards the sea. The remains of the massive drill above Sanctum Harbour can be seen spread across the map. Lastly, the shores have again been redrawn as a result of the awakening of a dragon. 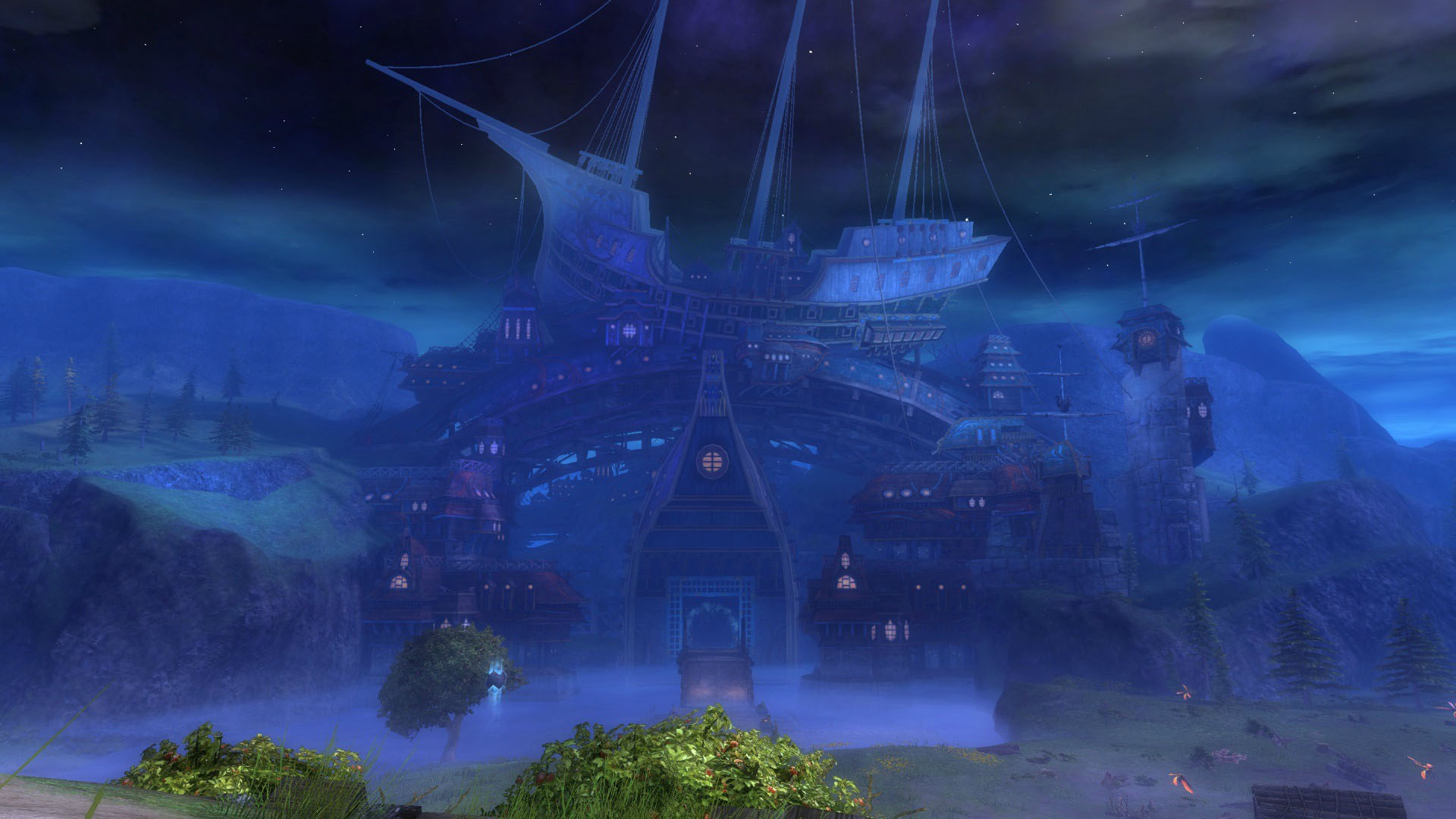 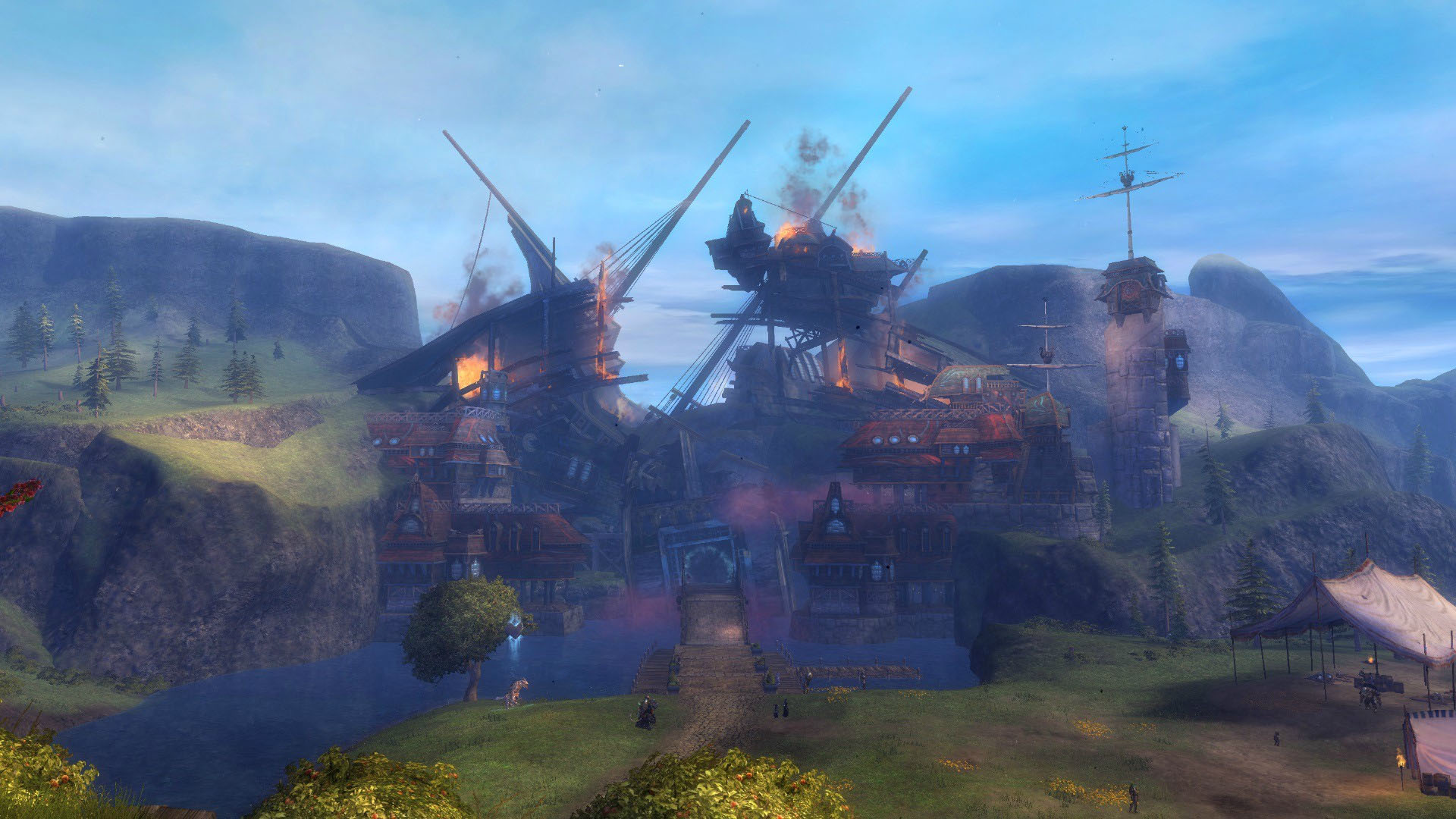 Once a great monument, a testament to the willpower of the founders of new Lion's Arch, this gateway now lies in ruins, its ruined husk slowly burning away. The great ship that once held pride of place here has almost completely fallen in on itself. The destruction as a result of Scarlet's attack limited itself to Lion's Arch while mostly sparing its surrounding areas. 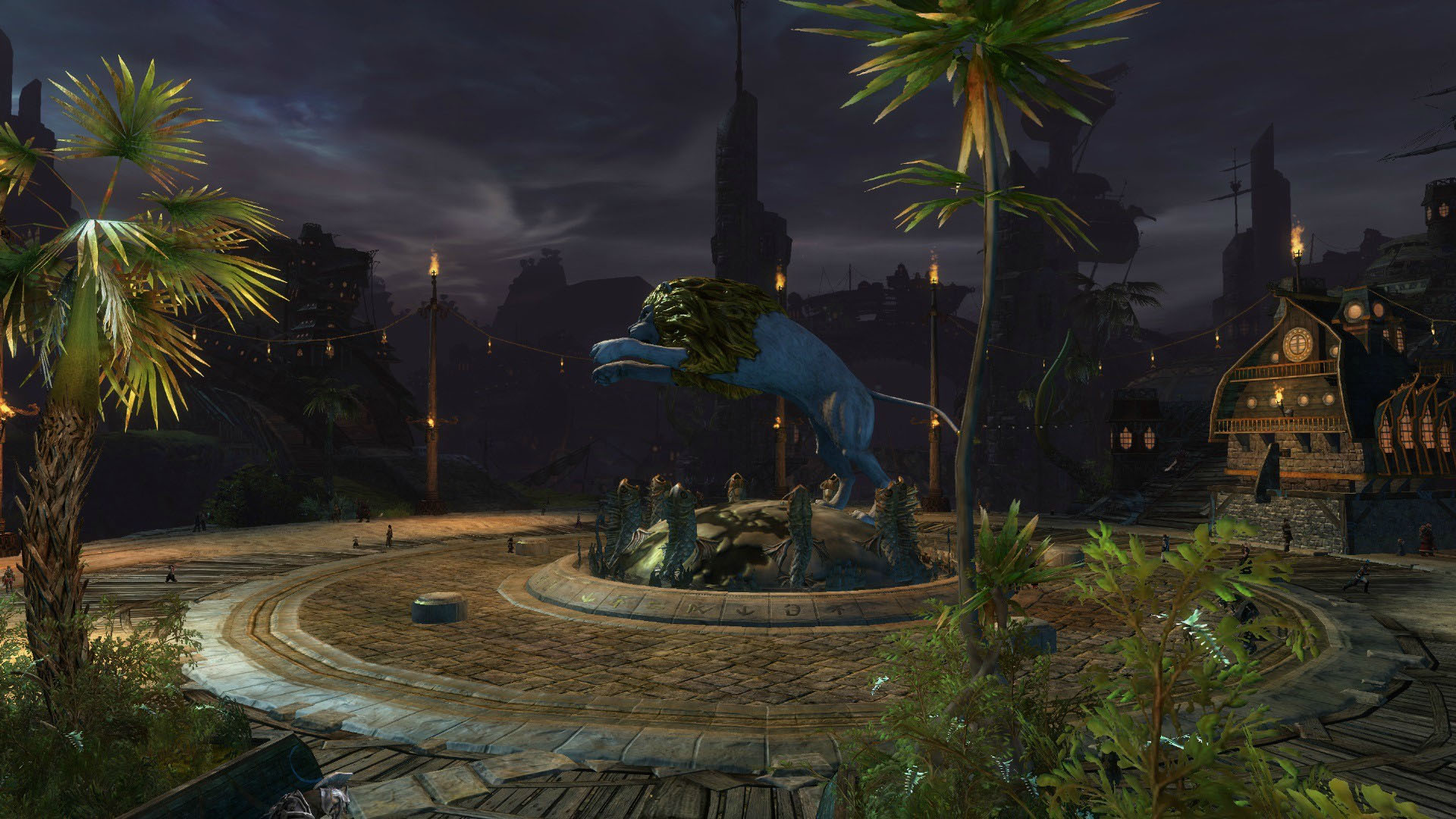 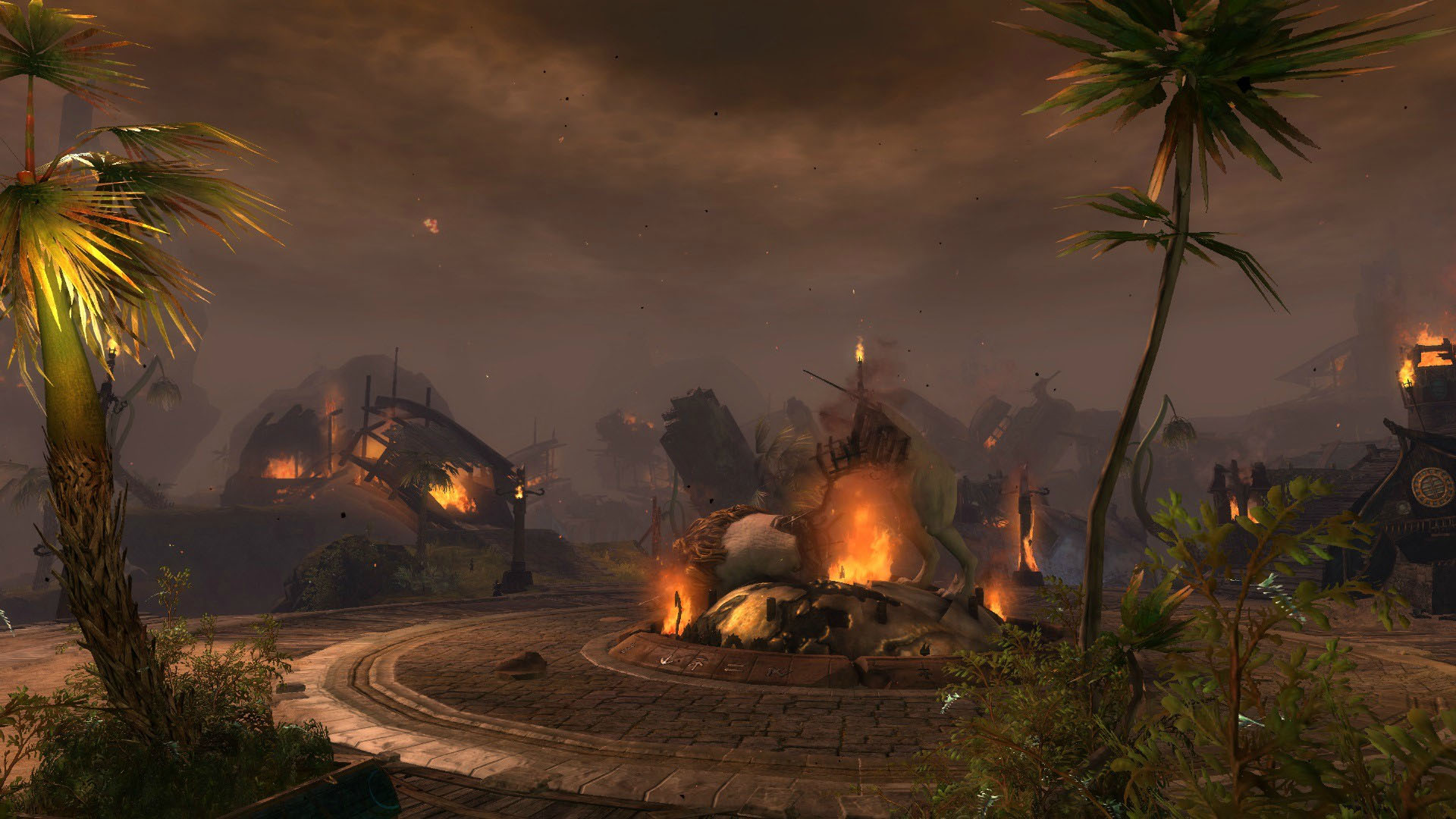 Once again, the Lion's Court is destroyed. However, this time, it seems it will be like this for a long time. The lion itself, no longer looking proudly upon the city, now looks to be cowering from the destruction. A great symbol for the city, it has been a representation of the state of Lion's Arch. Now both the statue and the city are crippled beyond repair. 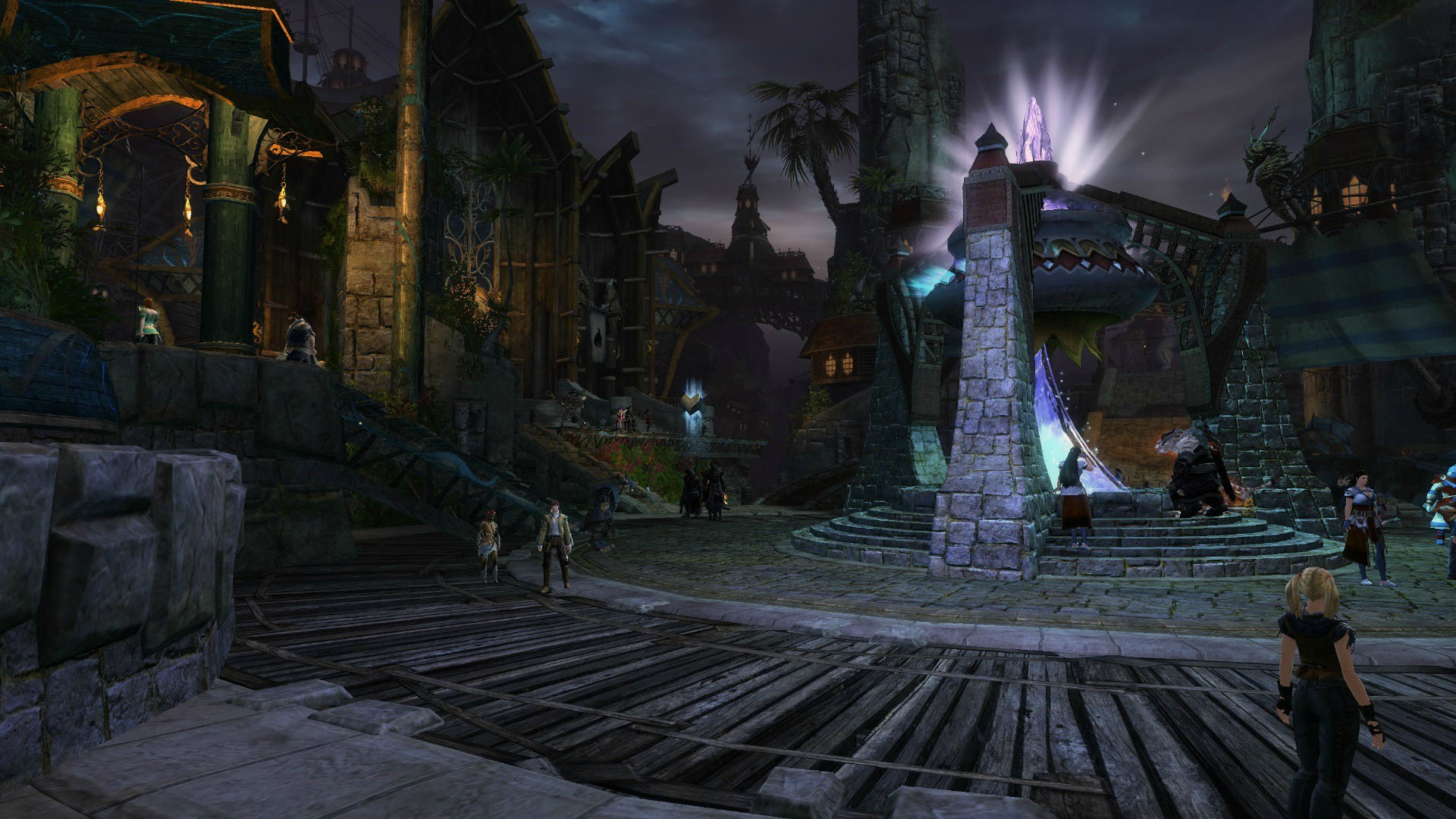 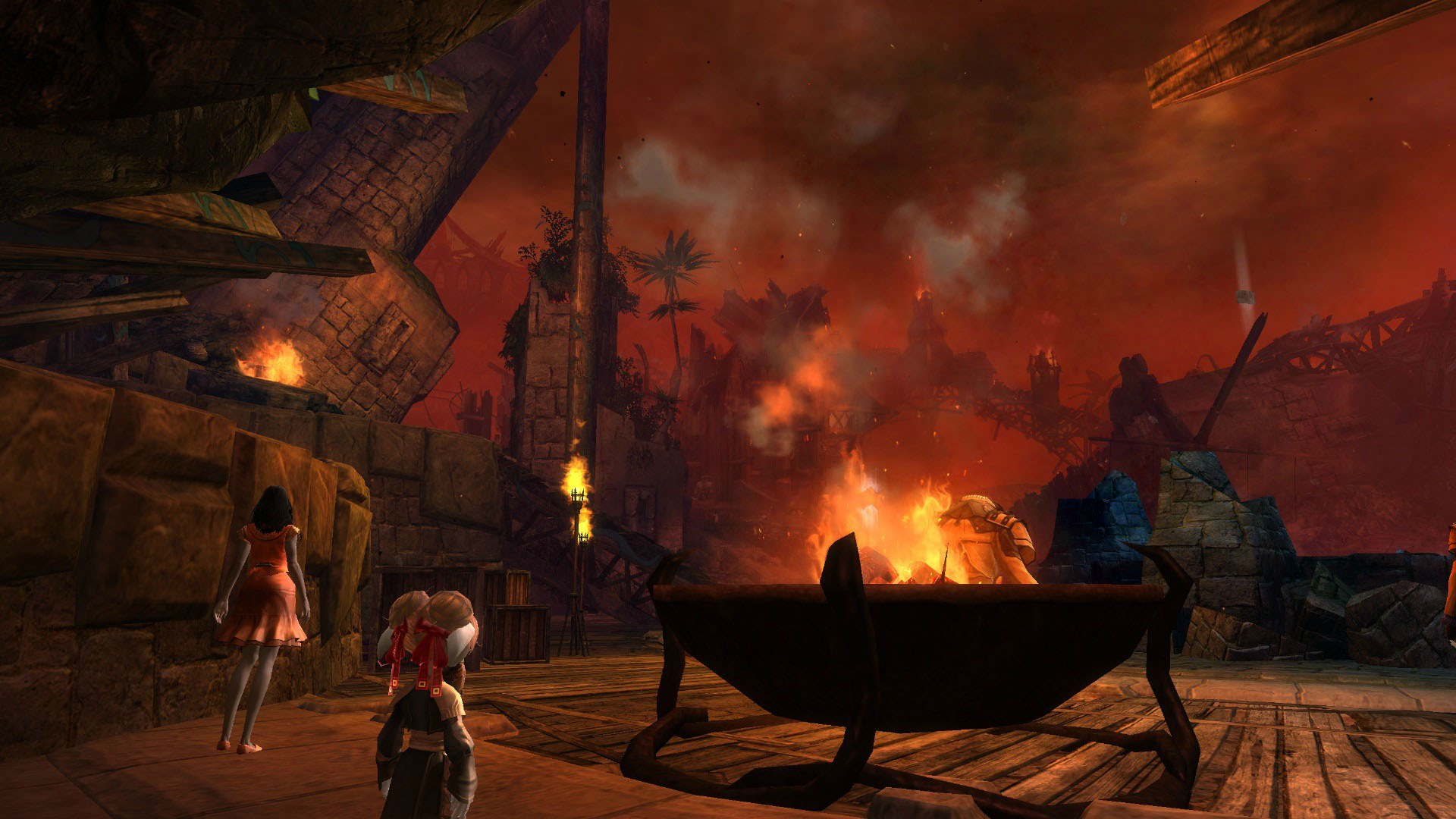 The mystic forge has been wrenched from its surrounding structure, and placed in the Vigil Keep. The plaza it once rested in, now defunct of colour, served as a rally point for the Lionguard evacuating civilians. Zommoros, the powerful Djinn who lends his power to the forge, still remains imprisoned inside. What would've happened if he had been freed is a mystery. 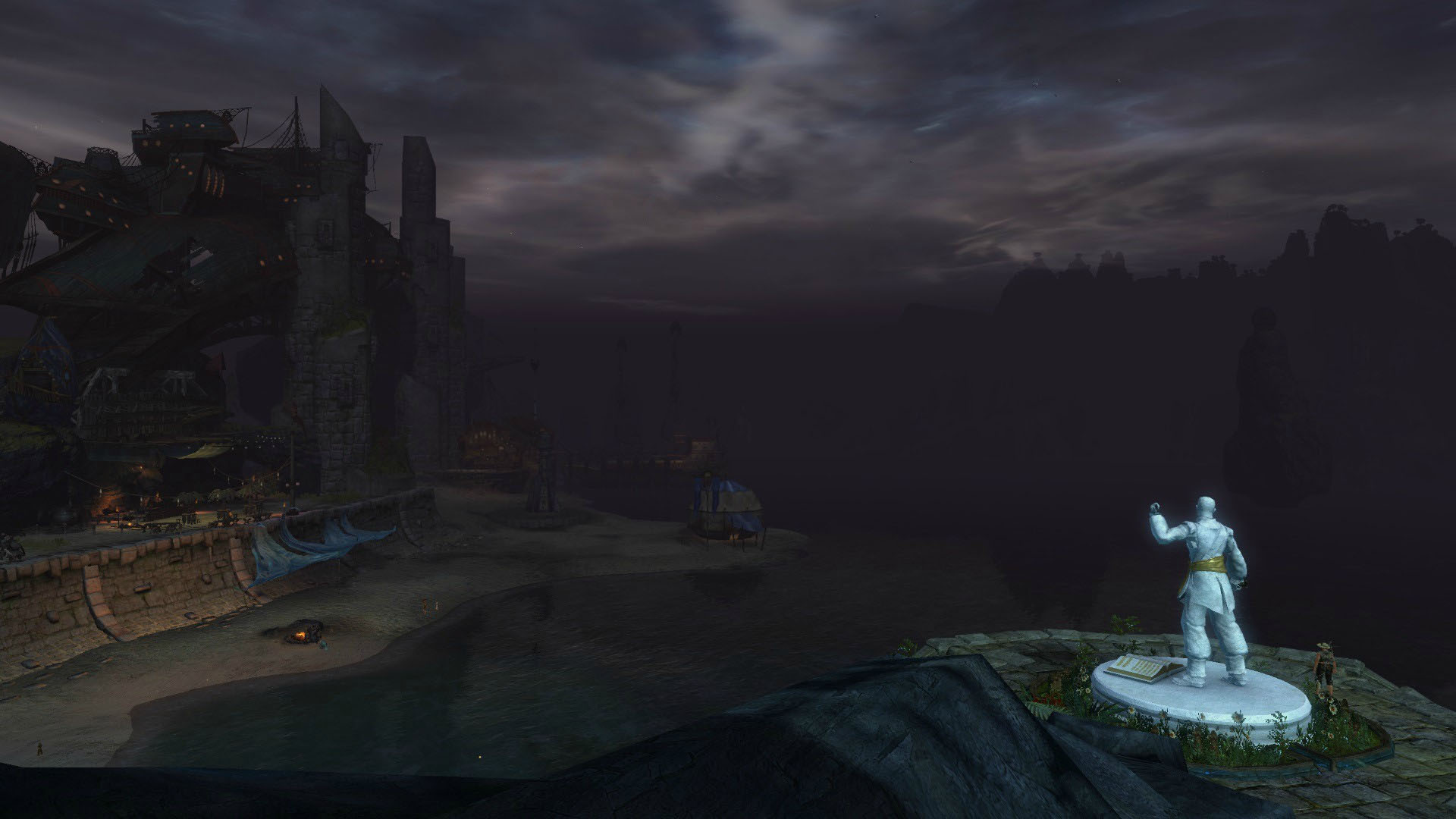 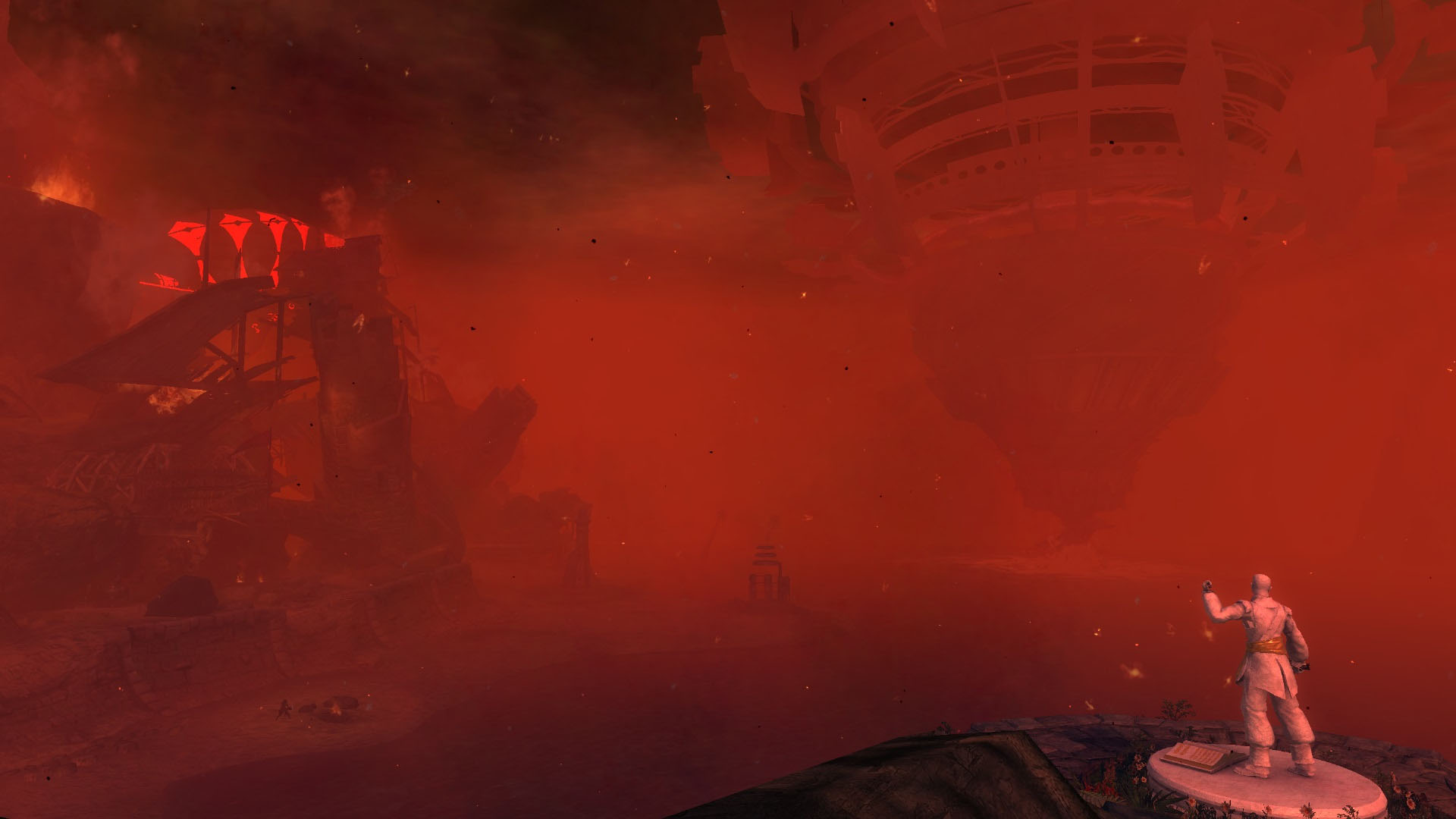 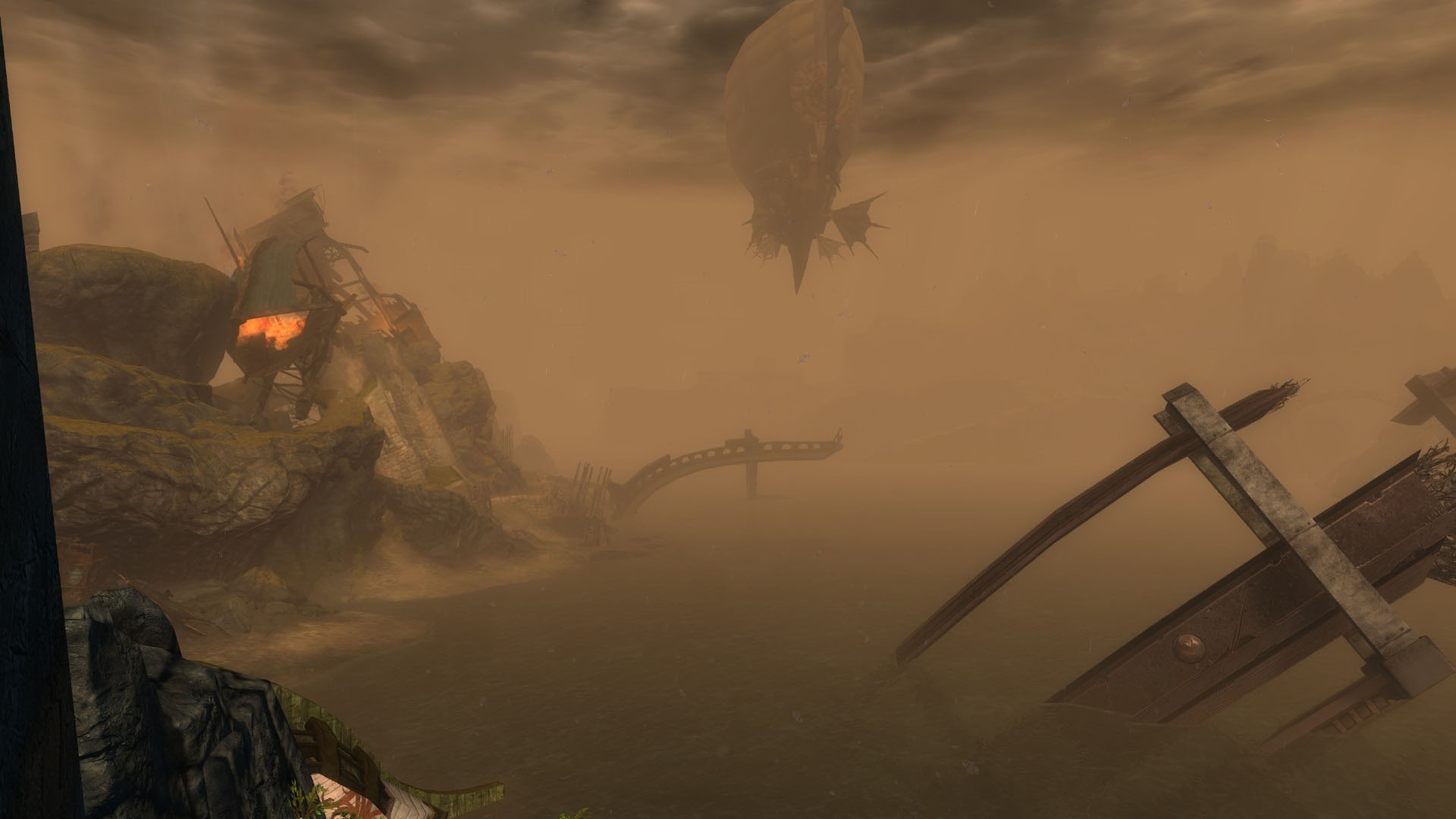 Cobiah Marriner's great statue almost escaped this catastrophe unharmed. Intact until the destruction of the ship which waged war on this city, it now lies fallen, blown back by the force of the explosion. As a boy growing up in poverty who became a wealthy leader, Marriner's great city was once a symbol of how the different races can coexist. Now destroyed, it is almost as if Tyria itself will be torn apart. 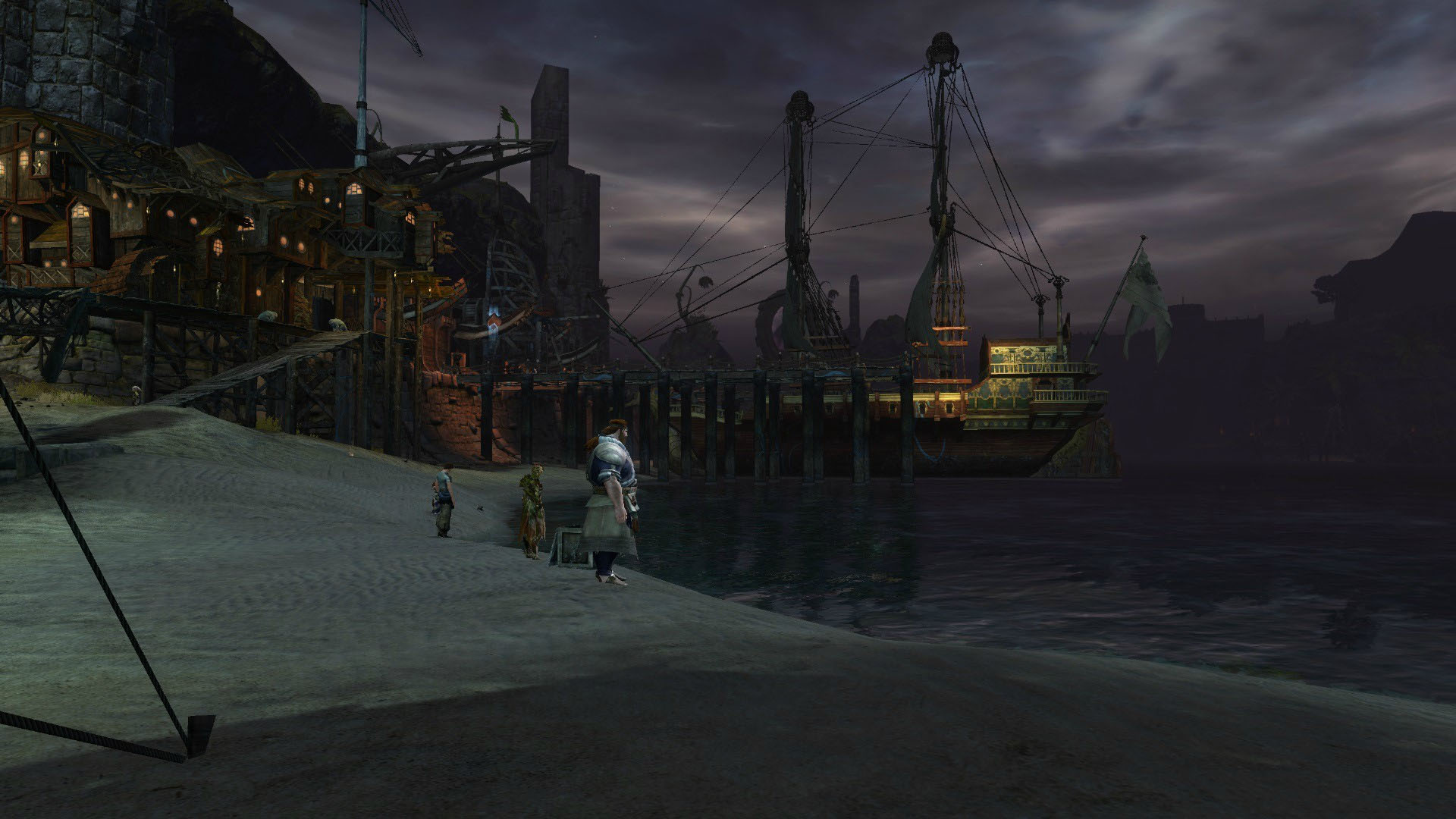 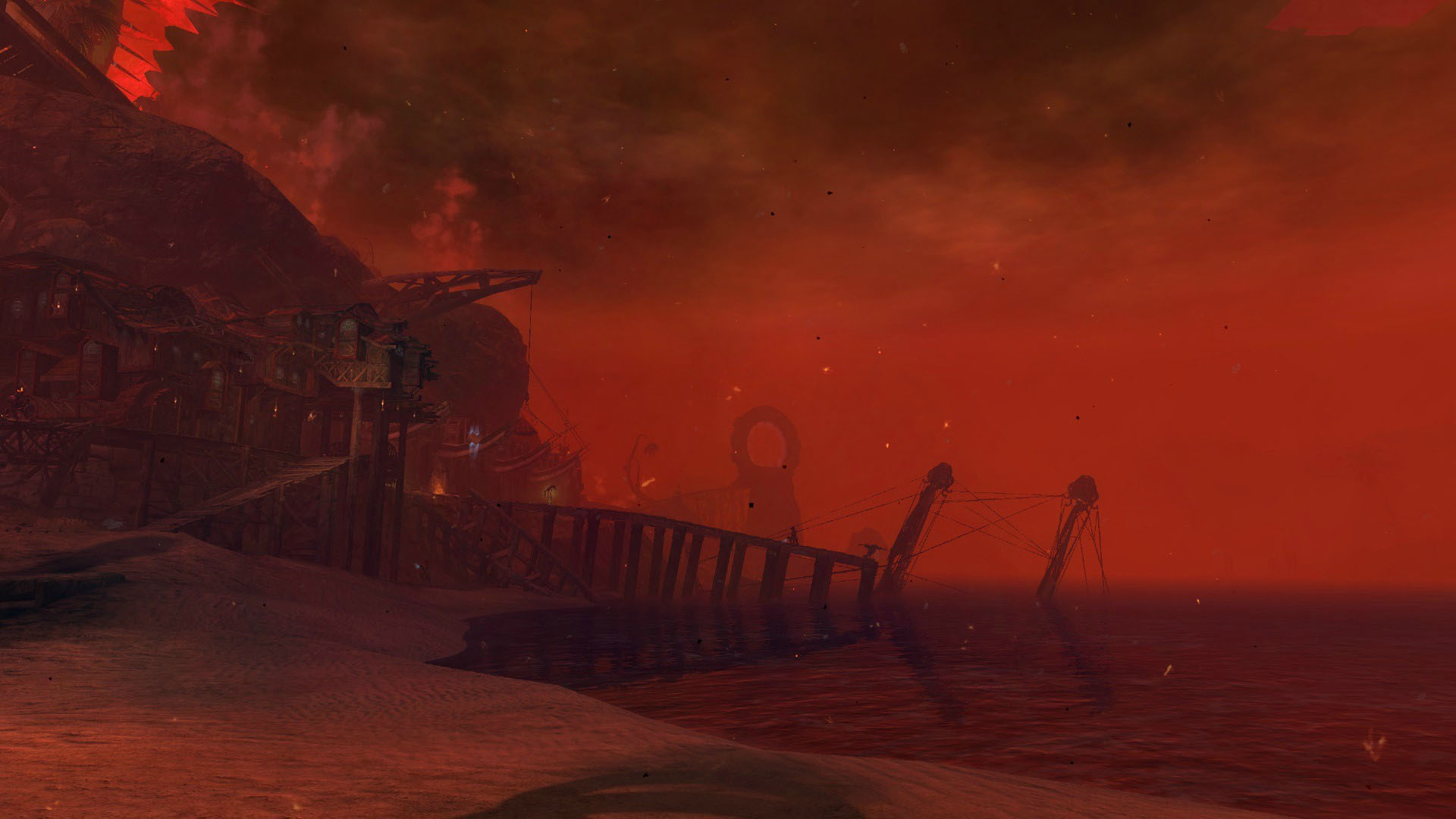 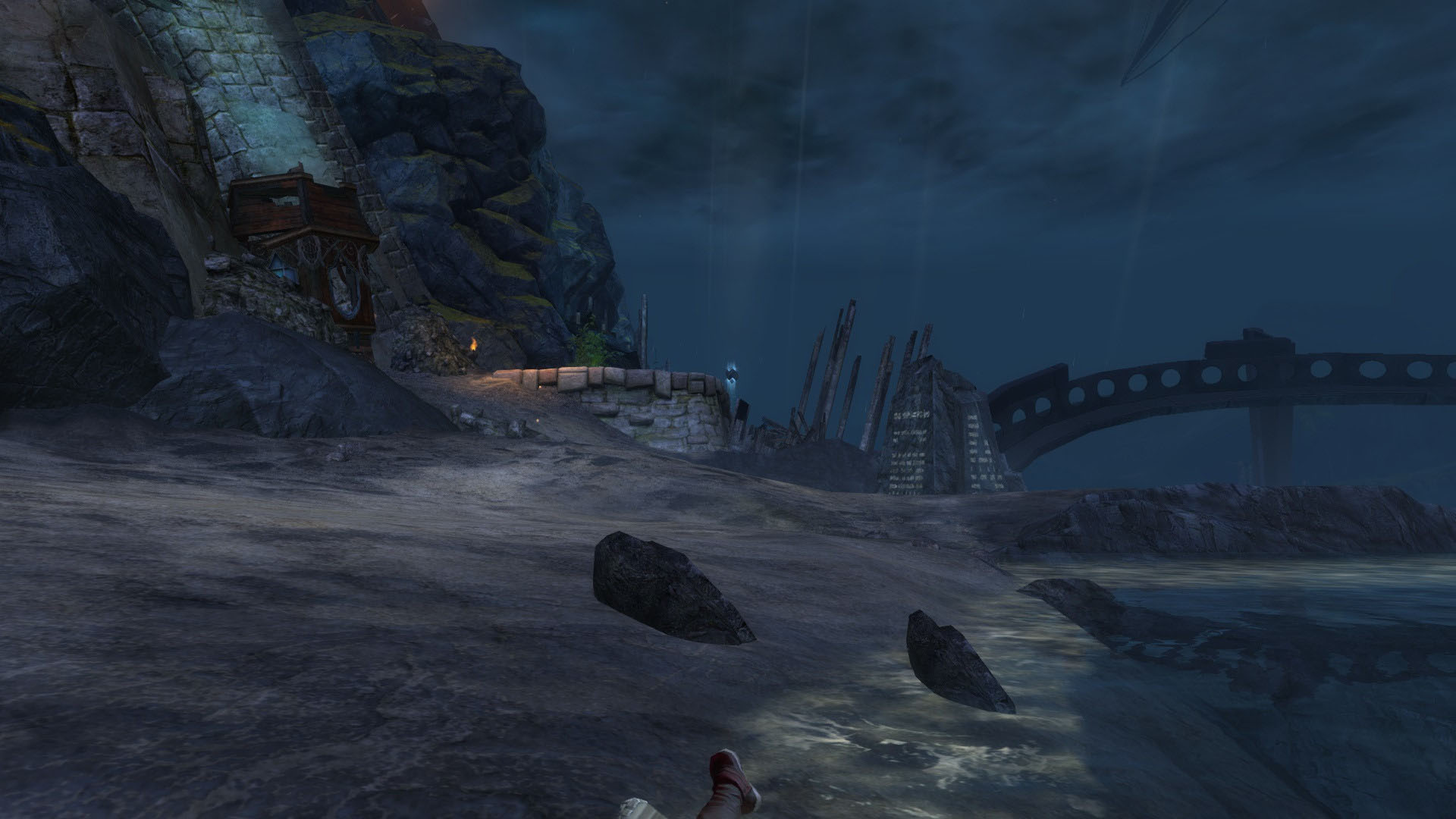 The colourful ship that once docked here has gradually been destroyed during the attack on Lion's Arch, first it sank to the bottom of Sanctum Harbor, after which the destruction of the Breachmaker completely leveled it. The coastal shores near the docks have also been redrawn as a result of the debris that came loose from the Breachmaster. This once lively part of Lion's Arch served as a meeting point for the alliances of Scarlet. The trade that took place here has been replaced with memories of death and destruction, a situation that mirrors that of the city as a whole. Osh Moran's memorial still stands, but is joined by other memorials across the city, memorizing the recent losses and victories of Lion's Arch during its fatal destruction. 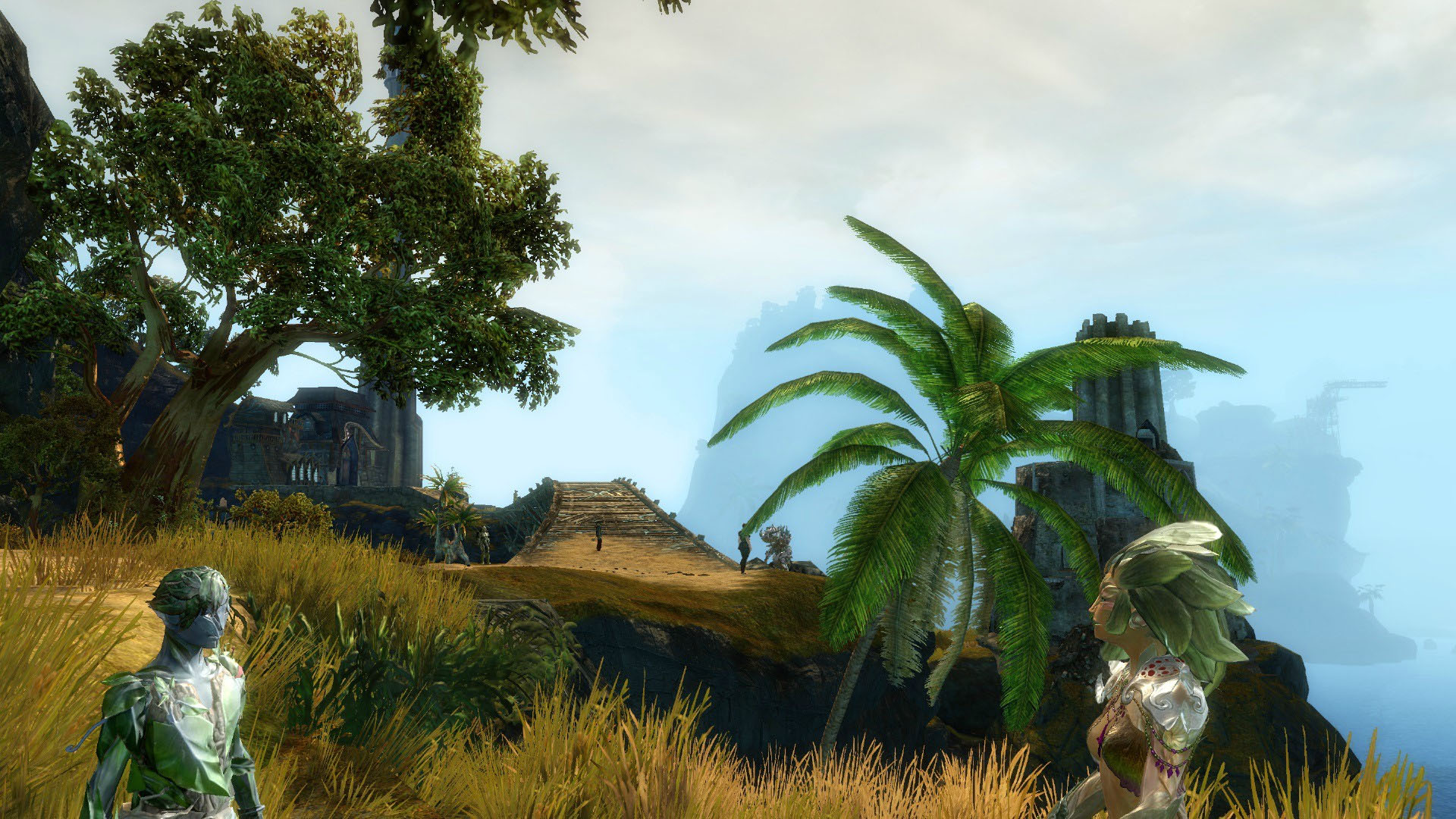 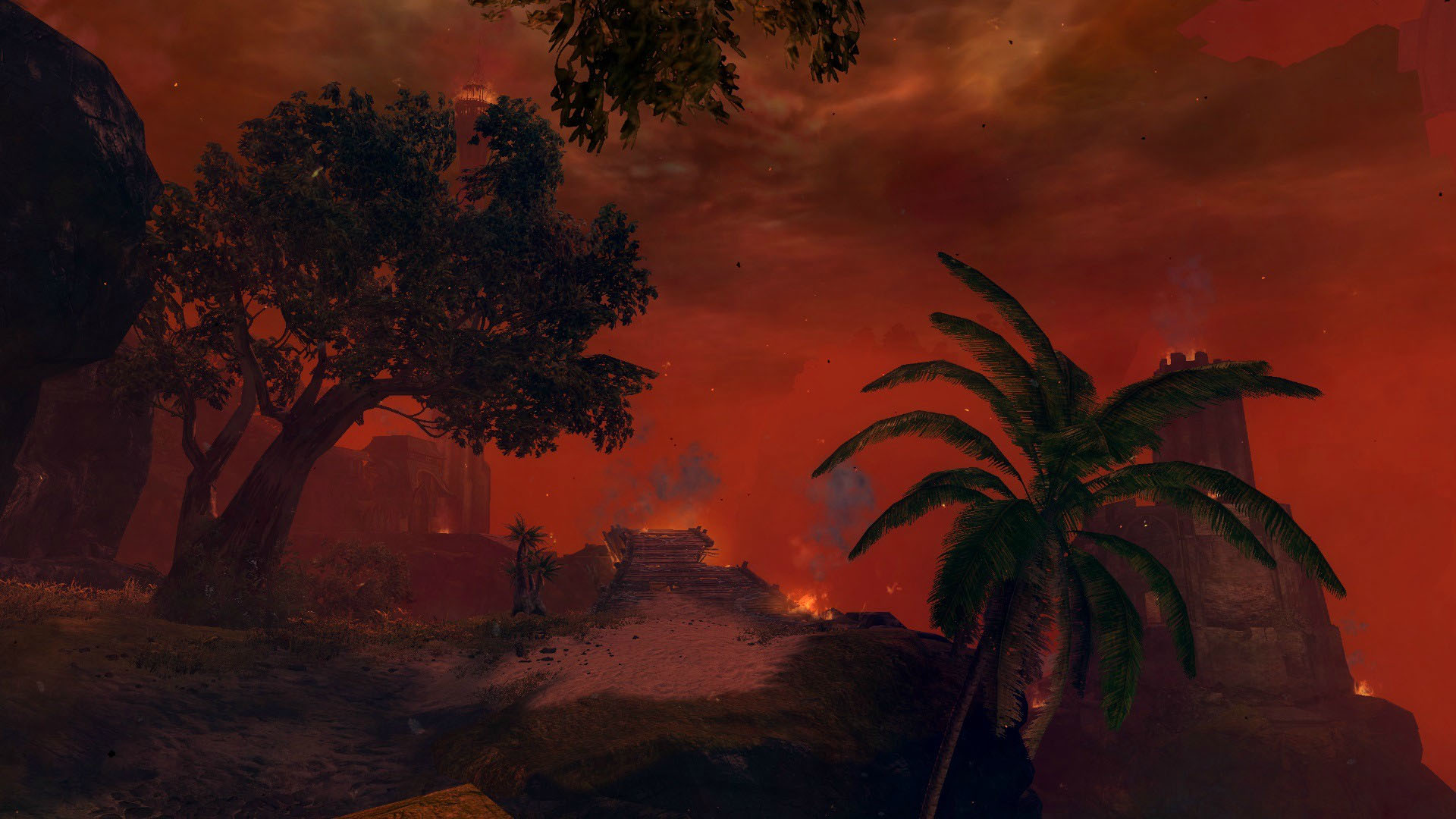 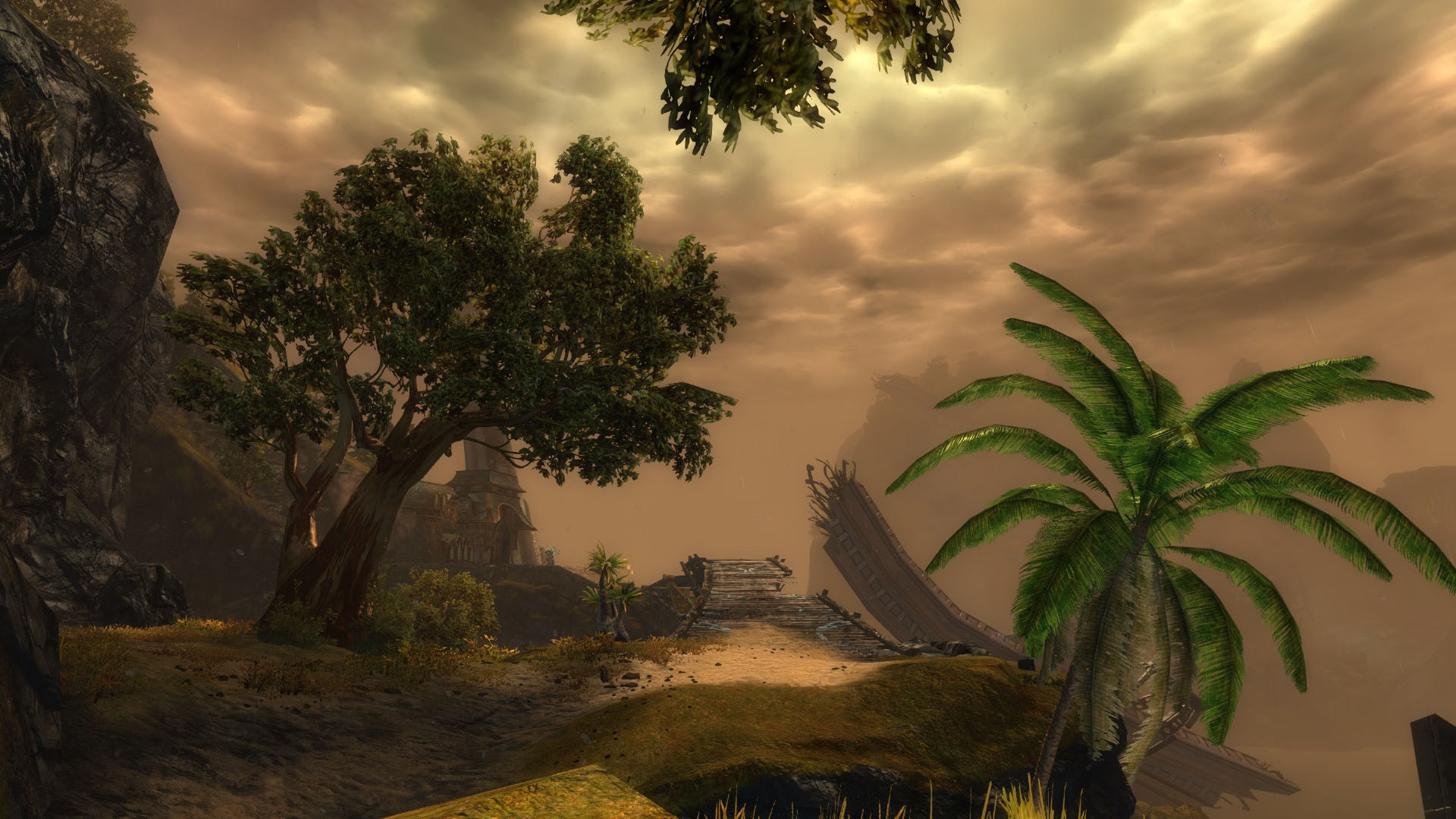 Unlike its older neighbour during the Karka attack, the new Lion's Arch lighthouse has escaped relatively unscathed, except for a tilt brought on by the force of the drill's explosion. From here, you can view the the destruction of Lion's Arch. Just as the original Lion's Gate (which has now vanished) remained after the Great Tsunami, if Lion's Arch is to be rebuilt, this newer lighthouse will remain untouched. 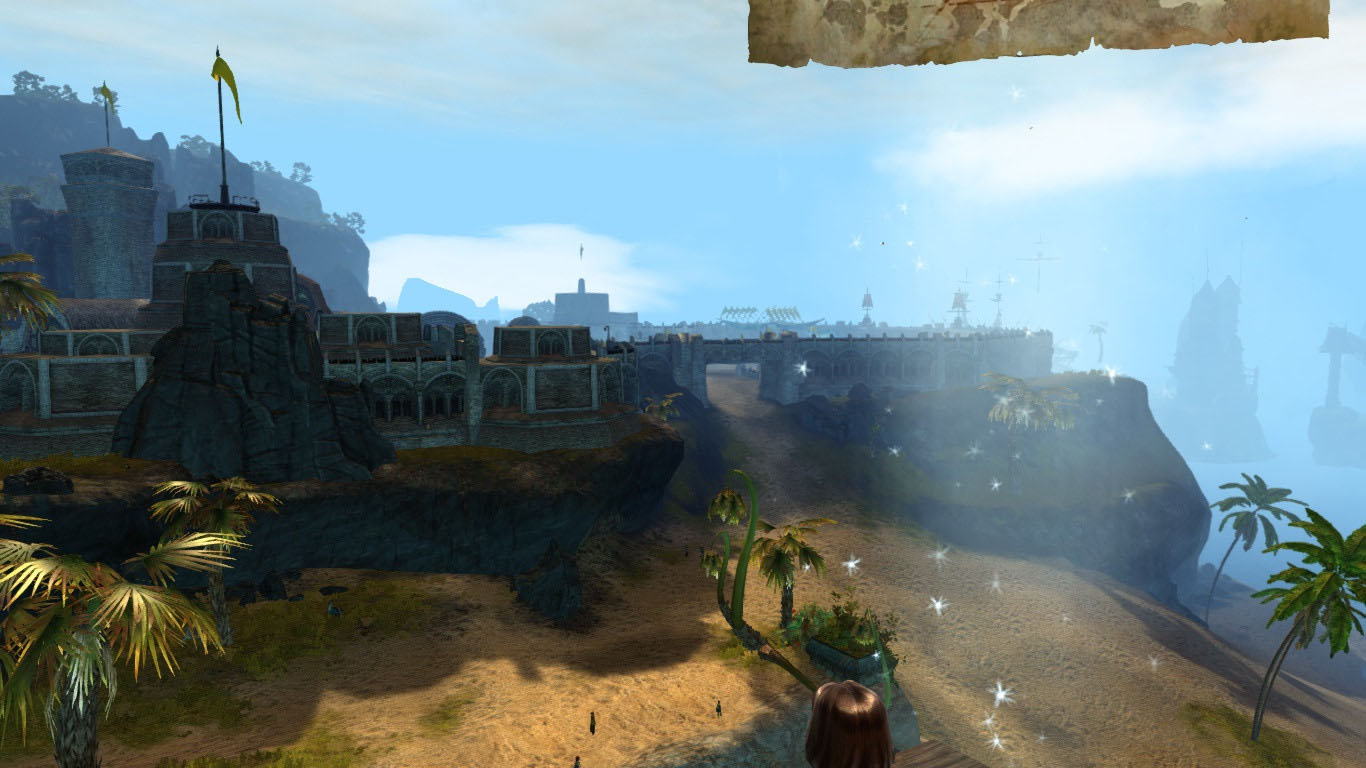 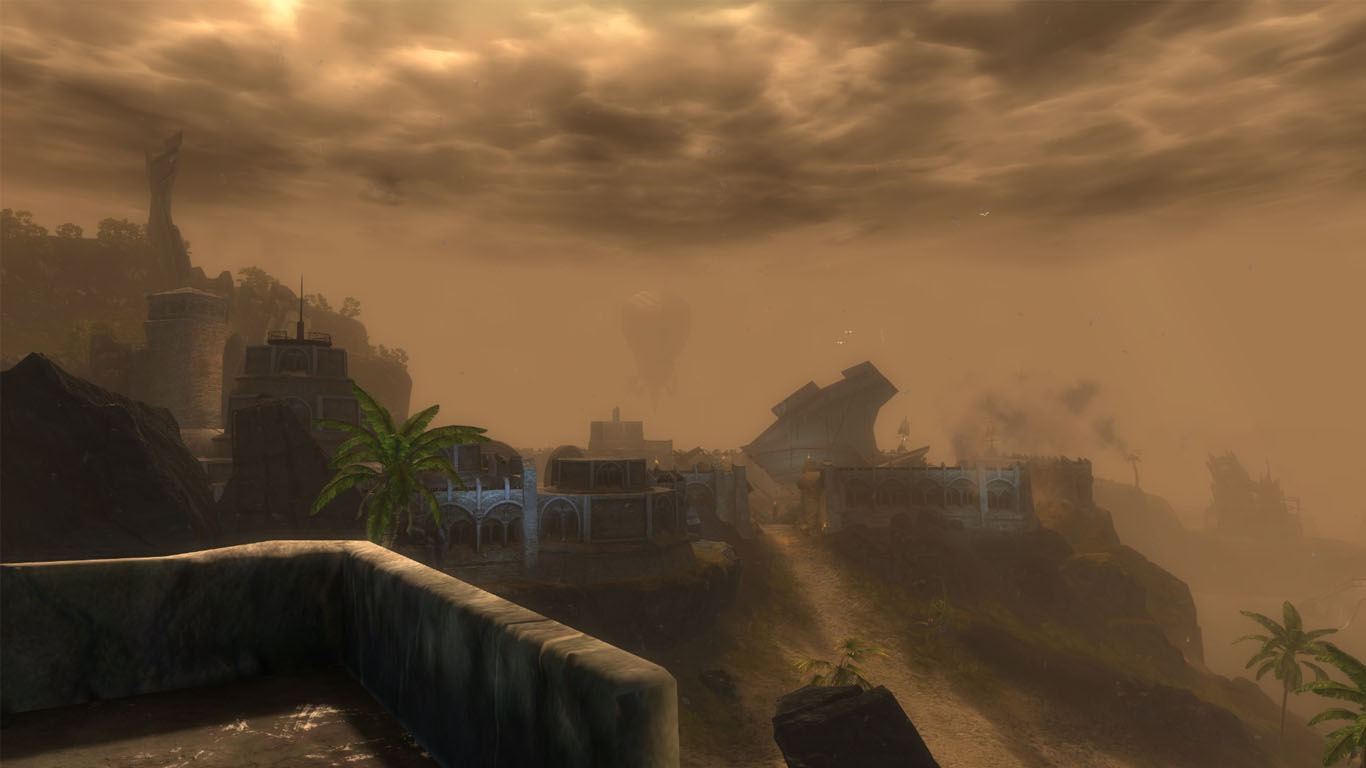 Now ruined, with a huge chunk of debris impaled in the centre of it, Fort Marriner is past its use. Once a testament to the great military power of Lion's Arch, it now shows how an intelligent individual managed to destroy so much.