Lightning Strikes: The Rise of the Aetherblades
LORE
Written by Archaes8

The bells first tolled for Lion’s Arch when the telltale magic-infused airships descended from the skies. Unfortunately for its citizens, the efforts of lone Captain, Ellen Kiel, to secure the city were either never completed or just not substantial enough to withstand the preemptive aerial assault that brought the city to its knees. Out of every facet in Scarlet Briar’s master plan, the Aetherblade pirates are, by far, one of the more intriguing mysteries of the Living Story so far.

The origin of the Aetherblade pirates is a bit of a puzzle. We know the name “Aetherblade” describes their affinity for air magic and the fact that they’re pirates. They also appear to follow the same command structure as other pirate gangs with ranks such as Admiral, Captain, First-mate, and Foreman, We also know that they “jumped at the chance” to be hired by Scarlet Briar (probably at gunpoint), and that they procured their rides from the Pact. Of course, the Pact didn’t have a substantial fleet of airships until before the invasion of Orr, so there was a good chance that the Aetherblades captured only a few, studied them, and built their own with the help of the Inquest. The Inquest’s involvement was less of a surprise, what with Scarlet playing “super evil team matchmaker” all over Tyria.

In addition, the pirates’ upgraded airships, armor, and weapons are a product of Inquest magitech and Scarlet’s clockwork engineering. Aesthetically, the Aetherblades sport blue and brown colored clothes, coats, and armor adorned with decorative gears, bolts, and plugs. As with most steampunk fashion designs, most of their headgear is accessorized with a pair of aviation goggles to protect their eyes from harsh winds while flying. Their ability to teleport down from their airships also allows the Aetherblades to make precision kills with little effort. Their heavy dependence on their newly acquired technology suggests that these pirates would not have been nearly as successful (or even exist) without Scarlet’s “creative” direction. 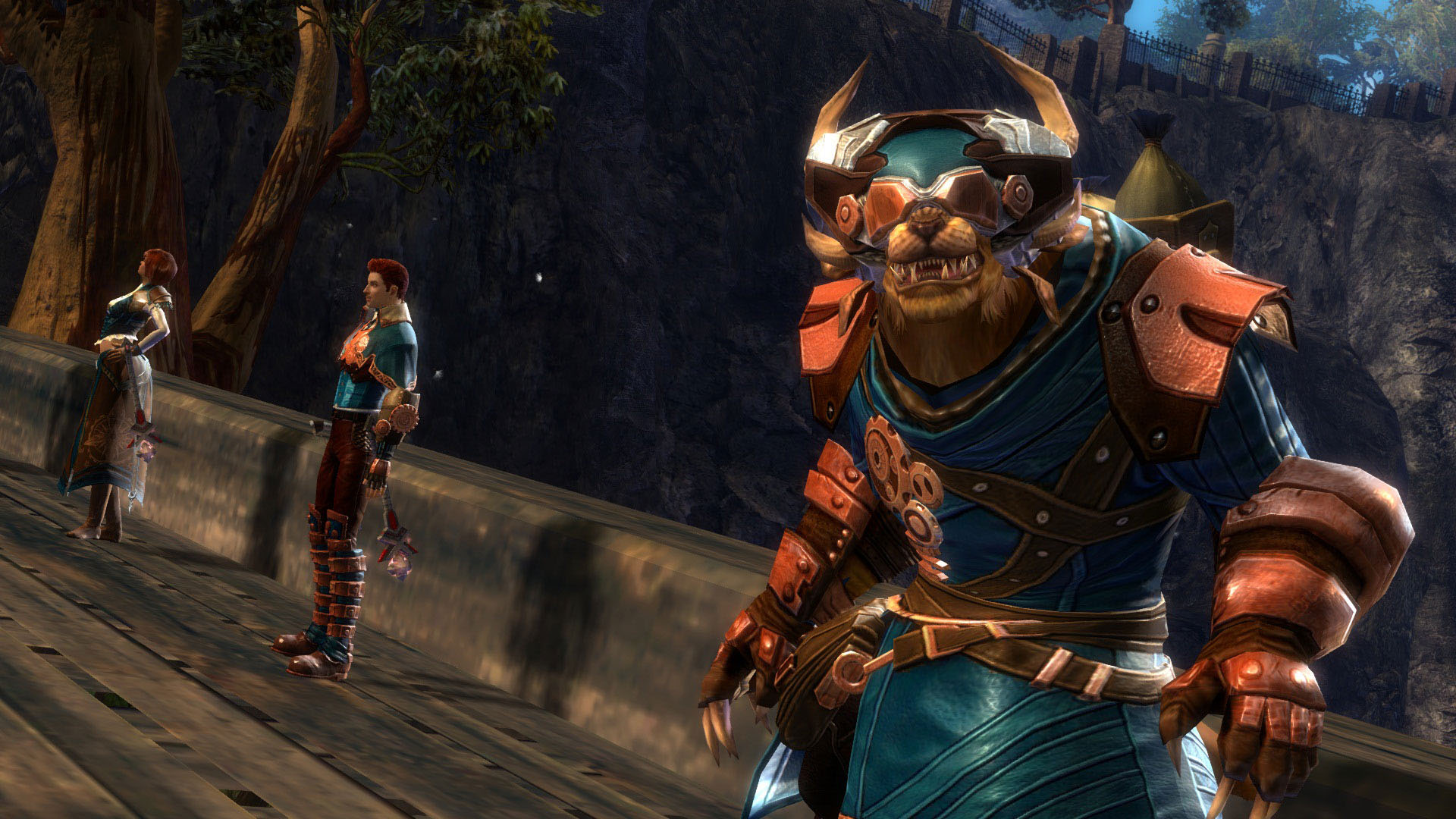 As far as engaging these pirates , an Aetherblade is relatively harmless in groups of less than three. However, a group of three or four is worth a cautious approach. Their various combat roles mesh together to form a deadly line-up of skills that cause long-term confusion, crippling, knock-back, knockdown, and dazing.

Their attacks have been immediate and well-coordinated; players witnessed Aetherblade brutality firsthand during the Dragon Bash celebration in 1326 AE. Their anonymity allowed them to successfully do away with Captain Theo Ashford and almost infiltrate the Captain’s Council unhindered. If it hadn’t have been for the ties that the deceased Mr. Ashford had with Captain Logan Thackeray, the top-notching sleuthing of a certain Marjory Delaqua (and friends), and the persistence of Pre-Captain Ellen Kiel, Lion’s Arch could have been worse off come Scarlet’s invasion (I know, it’s difficult to imagine). Their efforts eventually paid-off and the Aetherblade leader, Mai Trin, was captured and First-mate Horrik, killed. However, Aetherblade activity only increased after their initial throwdown with the Lionguard and they continued to aid Scarlet in her hit-and-giggle tactics across the continent. Later, players eventually joined Caithe and the stalwart Lionguard Turma in Twilight Arbor to raid an Aetherblade shipyard, an act that would naturally slow the growth of their airship fleet. 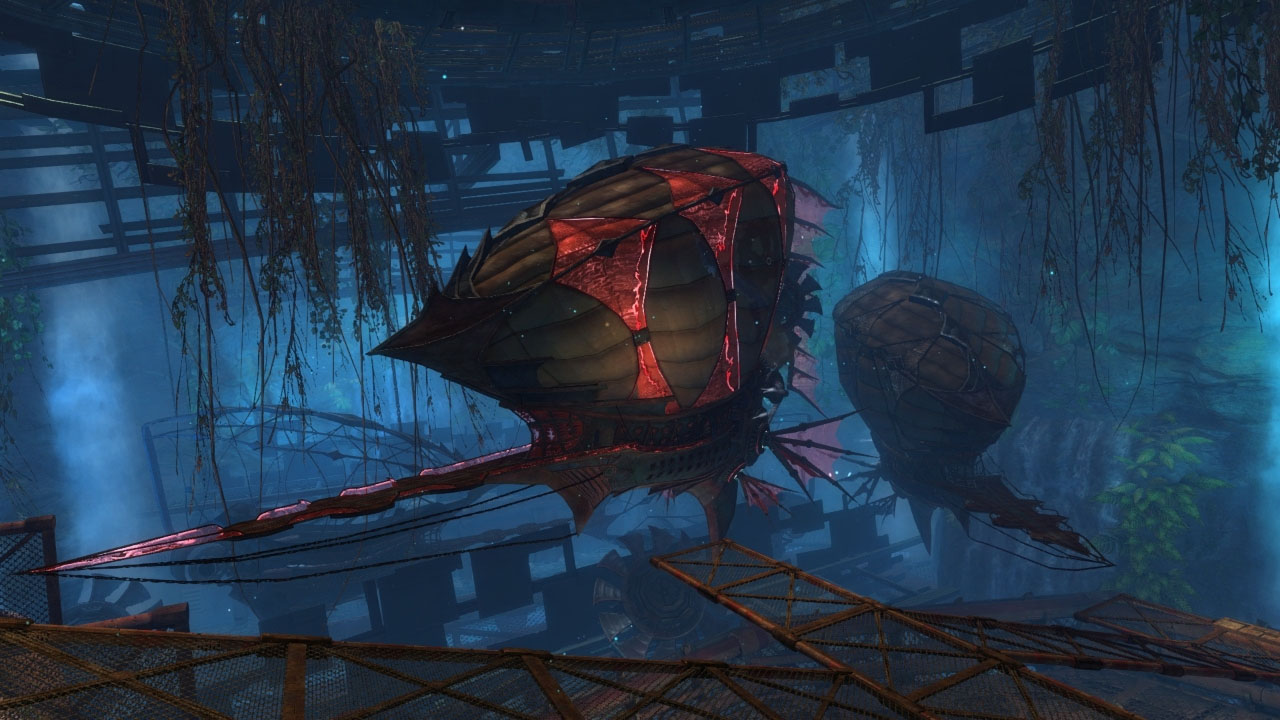 Tyria’s heroes continued to whittle away at the pirate’s fighting force as they clashed during Scarlet’s massive laser weapon test. Afterwards, the Aetherblades sprung Mai Trin from her prison cell and fled with her pirates into the Edge of the Mists. Players, one again, pitted themselves against the pirates guarding portals to the Edge of the Mists that had spawned from the wastes of Brisban Wildlands to the valleys of Timberline Falls.

In recent events, the Aetherblades spearheaded Scarlet’s second attack on Lion’s Arch, causing massive structural damage to the city within minutes of their arrival while killing and injuring dozens of citizens in the process. Now, Aetherblade pirates patrol Canal Ward, Trader’s Forum, and the Grand Piazza, hindering heroes searching for survivors. 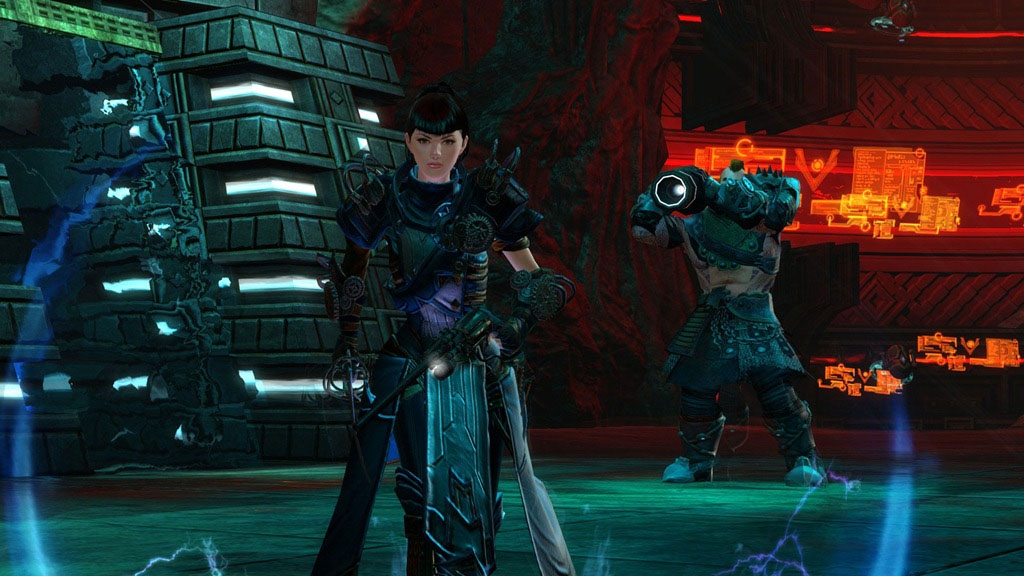 This dastardly and deadly band of cloud-kissing scallywags and cutthroats have been one of the deadlier thorns in Scarlet’s arsenal. Unfortunately, there are still many unanswered questions about the group's origin, such as: Who were the Aetherblades before they stole their first airship? Was Scarlet directly involved in the formation of the Aetherblades? Was Mai Trin always the leader? And, dare I ask, now that Scarlet has been defeated, what will become of our sky-pirating foes?